Officials at the agency are discovering what many Black women already know: the process of scanning for security can at times single them out 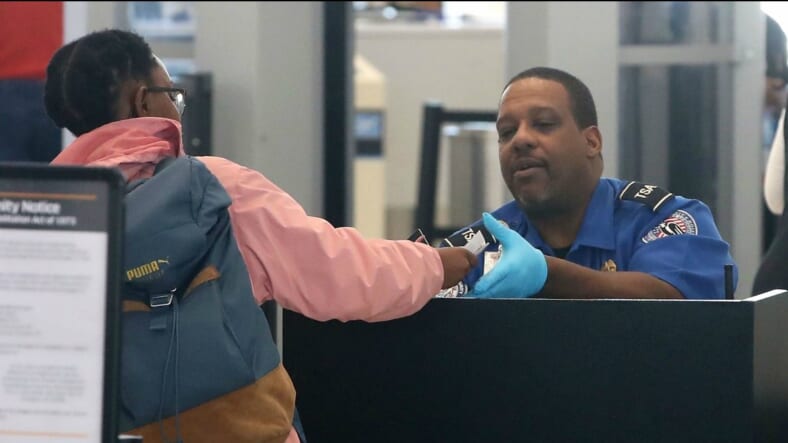 Could the full-body scanners found at airports all across the country have a defect that makes them prone to signal false alarms on Black women? That’s what some employees at TSA are saying and there may be data to back that up.

According to a report by Rawstory, there has been a long standing assertion that Black women are disproportionately forced to undergo intrusive physical searches at airport security checkpoints. As a result of these complaints, TSA has pledged to improve their procedures and training for its workers on how to respectfully conduct pat-downs.

“It happens with my natural Afro, when I have braids or two-strand twists. Regardless,” says Dorian Wanzer said a Washington D.C resident who is frequently stopped and patted down. “At this point in my life I have come to expect it, but that doesn’t make it any less invasive and frustrating.

“When you find yourself in that kind of situation, it makes you wonder, ‘Is this for security, or am I being profiled for my race?’” Wanzer said.

But it seems that there may be another culprit at hand aside from racial bias or a lack of proper training – the machines themselves.

Title VI of the Civil Rights Act prohibits federally funded agencies and programs from discriminating on the basis of race, color or national origin. So last summer when TSA took a poll of vendors requesting ideas “to improve screening of headwear and hair in compliance with,” that law they were surprised by what they discovered about their equipment.

READ MORE: TSA workers calling out of work due to the government shutdown

“With black females, the scanner alarms more because they have thicker hair; many times they have braids or dreadlocks,” said one TSA officer in Texas who asked to remain anonymous. “Maybe, down the line, they will be redesigning the technology, so it can tell apart what’s a real threat and what is not. But, for now, we officers have to do what the machine can’t.”

Adding some weight to this speculation is a 2014 government report that also found that the machines also “had a higher false alarm rate when passengers wore turbans and wigs.”