The actress turned reality star also opens up about her love for HBCU's. 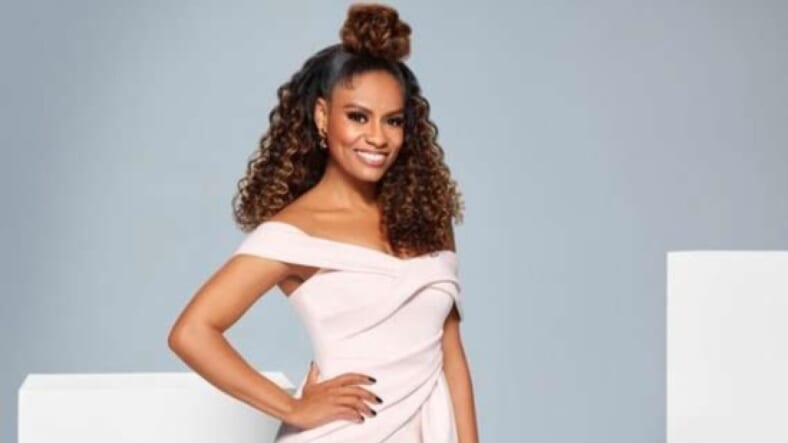 The first season of Married To Medicine LA is almost a wrap and the new girls on the block brought tons of drama to Bravo since the show’s debut. TheGrio caught up with Asha Kamali Blankinship to find out how she managed to keep her cool amid all the mudslinging and learned a few surprising fats about the award-winning actress.

One of the ongoing issues among the group was the shade being thrown at Blankinship by her “friend” Shanique Drummond, who came off pretty messy when she invited Asha’s husband’s ex to a party and later insinuated that he may have continued talking to her after he met his current wife.

“To be honest, I couldn’t figure out why she would do the things she was doing. I think she has some personal things life and I think that she has projected some of that on me.  I think that if you are happy okay happy person and you’re happy in your relationship, it is very difficult to throw shade at someone else,” she said before admitting she has empathy for her costar.

“We learned a long time ago that hurt people hurt people, and that’s some of what I think is going on. She’s hurting. So I think I have had to realize that about her and just kind of step back from the friendship until she can get back to a place of happy.”

One thing plenty of viewers noticed was the fact that Asha never questioned her husband about the issues Drummond alluded to.

“Because my husband I communicate and because we’re on the same page and because we have spent so much working time on our marriage, there was no need for me to press him about what was being said,” she explained. “My husband and I are in a good place and all of these things she’s talking about are all from a time before we were married. This was not at all on my priority list. I have no desire to dig and reach and that’s because he’s actually mine. He’s at home in my bed. There’s nothing to fight for.”

One thing Blankinship is willing to fight for is her desire to become a mother. Throughout the season, viewers have watched the actress who is currently featured on FX’s STAR as she begins her fertility journey in hopes of having a child with her husband.

“I wasn’t very invested in becoming a parent or even having a husband when I moved to LA. I came here to pursue my dream of being on the screen. But when I met the love of my life and I looked up when I was over 35, married, I realized that was something I wanted to look into. I really had to adjust my thinking on it,” she said. “My husband and I are similar in that we are very goal-driven. He was in school for 13 years. He was in his residency when we met and the first 5 years for a doctor are all about getting out of debt. I had to get peace with the fact that at 37, I’m exactly where I need to be.”

Now, Asha and her husband are ready to focus on becoming parents.

“I was on birth control for 15-20 years, so there’s a whole process of getting off of that and figuring out your cycle and we’re in the midst of that.  We are definitely in the midst of actively conceiving and we have had some good news and we’ve had some bad news. I’ll leave it there for now.”

Check out a sneak peek of the season finale:

Married To Medicine LA airs Sunday at 9/8c on Bravo.