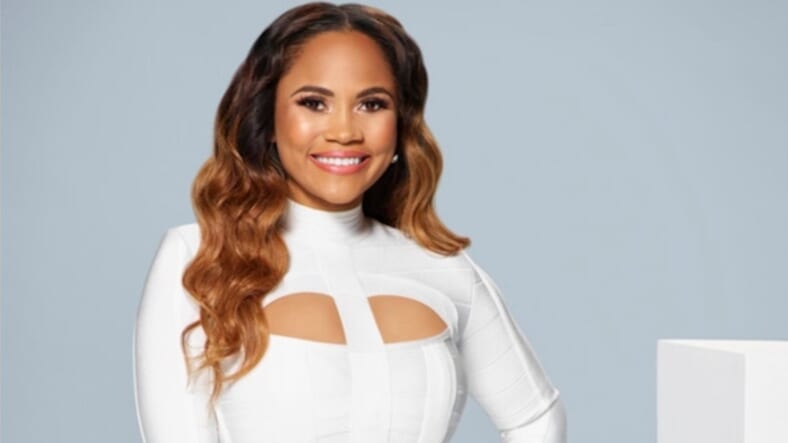 The ladies of Married To Medicine Los Angeles are making their mark on the Bravo reality scene by living life on their own terms no matter what their haters say.

Dr. Britten Cole is unapologetic about her unconventional family life even though some folks have criticized her choice to live across the country while her husband and children stay in Florida. While Cole was the first MD viewers were introduced to, a coupe of the MRS’ are making big waves in the group with an ongoing feud.

TheGrio caught up with Shanique Drummond to find out about her beef with Asha Kamali Blankinship and what it was like to immigrate to the United States from Jamaica.

On the latest episode of the new reality series, Asha puts a pause on her feud with Shanique to take Larry to their first family planning visit. During date night, Robert reveals shocking new information to Shanique about Asha and Larry. Dr. Britten is anxious after learning that her efforts to find a home might be a waste of time. While, Dr. Noelle uses her Eastern approach to treat a patient’s anxiety. Later, the ladies attend a Dollhouse Brunch at Jazmin’s Beverly Hills mansion, leading some to question how she can afford her lifestyle.

That opened a whole new canoe worms that doesn’t look like it will be closed any time soon, but the beef between Shanique and Asha is still bubbling underneath the surface.

“It was about my husband and I always make sure to put him first he is very good friends with Asha’s husband’s ex. My husband doesn’t like people telling him what to do and it was hs party and he was going to invite who he wanted to be there. Asha and I had talked about it before and she seemed to be level-headed about it,” explains Drummond. “I called her before the party to let her know that she would be there so going into the party, I thought everything was fine. These ladies are both mature adults and I didn’t think it was much of an issue but Asha came in and made it a bigger issue than it needed to be. She wasn’t blind sighted at all.”

Shanique Drummond is more concerned with keeping her family intact and maintaining her strong work ethic at home and at work than with appeasing her group of friends.

“Being Jamaican, when you’re in the states, you do have a sense of pride about your little island. We are a very hard-working people and it’s a big deal to get here and work hard toward the American Dream. You want to be able to have the house, the cars, and the lifestyle that you dream about. People from Jamaica are very strong and very driven and that’s something I took from watching my family members. My mother was a single mom who was able to take care of three children on her own and that’s part of how I became the strong woman I am,” she says. “I always want more and I always want to be the best at whatever I put my mind to. I was 13 when I moved to America and it was difficult for me because I had a very thick accent. It was such a culture shock to me. I wanted to fit in so I quickly lost my accent.”

As far as her reasons for joining the reality show Drummond says it took some thought.

“I’m always put in a box of being a doctor’s wife and I don’t think I’m a typical doctor’s wife so I really take pride in that. I thought I would give it a try and it would be something different to try,” explains Drummond.

“Of course you hesitate because you see the marriages that have fallen apart after being on reality television but Robert and I spent a lot of time thinking about it and decided, why not? Life is about the journey and my husband and I have been through quite a bit and this is just another part of it.”