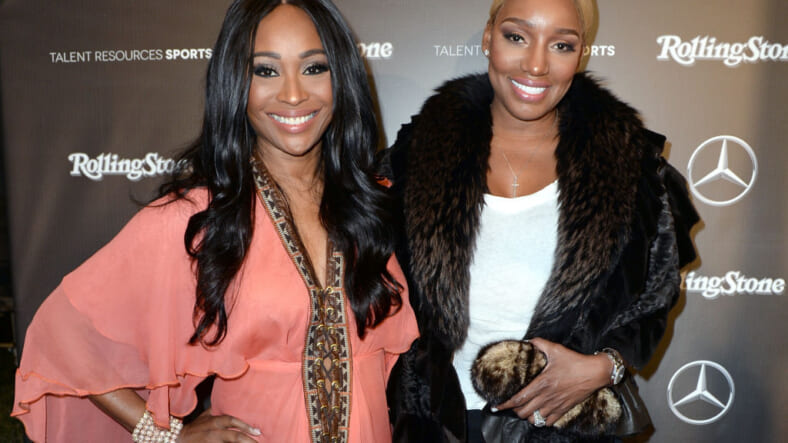 After almost a decade of break ups and make ups it looks like the friendship may have finally ended (for good) between Real Housewives of Atlanta co-stars Cynthia Bailey and NeNe Leakes.

According to Celebrity Insider, show veteran Leakes is refusing to forgive Bailey due to what she believes to be a betrayal involving former castmate Kenya Moore.

It was apparent there wouldn’t be a happy ending during Sunday’s third and final reunion episode when Leakes refused to apologize for her violent outburst during an episode this season where Kandi Burruss and Porsha Williams walked into her walk-in closet without permission.

“I want to talk about the closet,” host Andy Cohen said, doing his best to gently inquire if the 51 year old had any regrets about her behavior, which culminated in her allegedly knocking out a producer’s tooth and sending him to the hospital.

Nene was furious that she was being questioned, stating once again that she was disrespected in her home and acted accordingly. When the discussion pivoted to her seemingly petty dispute with longtime gal pal Cynthia Bailey, her demeanor didn’t soften.

READ MORE: Cynthia Bailey has no idea why Nene Leakes keeps shading Kenya Moore: “I am SO Switzerland!’

Bailey is alleged to have invited Leakes’ nemesis Kenya Moore to her event without giving her friend a warning first. And the way certain scenes were edited did make it seem like the model turned reality star, really had planned to intentionally blindside Leakes.

But during the reunion Bailey swore that despite it looking like a set-up on TV, her actions were innocent and definitely “not a betrayal.”

To which a stone faced Leakes replied, “It looks like betrayal so stop trying to act like it ain’t.”

“I felt very hurt and betrayed. I don’t believe a word they’re saying. The proof is on the audio on the show,” Leakes explained to Cohen.

WATCH: Nene Leakes goes IN on everyone at ‘RHOA’ reunion

“If NeNe wants to fall out about this petty a** sh*t then let us fall out over it,” Bailey ultimately conceded.

“I’ve been through a lot with Nene,” she elaborated. “I’ve always tried to be a supportive friend to her, and it has not been easy because she is not the easiest person to be friends with. I own what this looks like. There are a lot of very nasty things that she says about me on this same episode which she is not addressing. I’m not weak. If I was weak, I wouldn’t have been sitting on this couch for nine years. I’m not going to stress myself out about anything that is no longer making me have peace. It is what it is.”

“Do you have anything to add?” Andy asked Leakes, who only replied “No.”