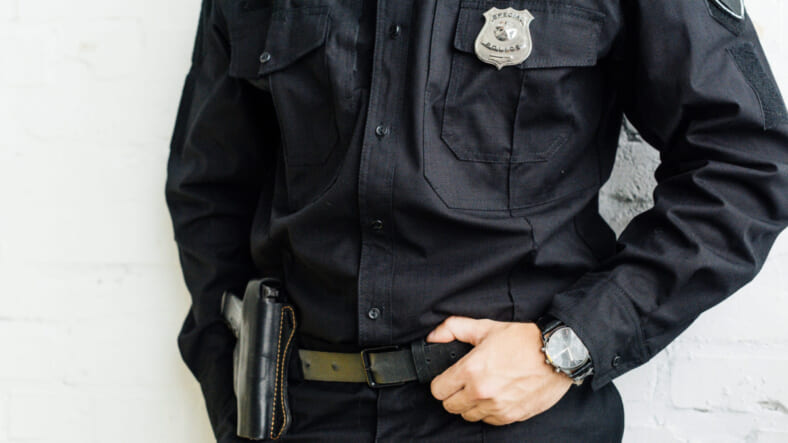 Although the meeting was planned before the viral video of a 15-year-old black student getting assaulted by the deputies took flight, the ordeal took center stage as Tony addressed growing concerns over the handling of the incident.

Tony talked with a Broward County Black Elected Officials group to ease their concerns, saying that a “very tactful” investigation would be conducted, he said in a one-minute clip posted on Twitter, The Sun-Sentinel reports.

Broward County Sheriff’s Deputy Christopher Krickovich is seen on the footage jumping on the boy before slamming his head against the pavement near another teen on the ground in handcuffs.

“That’s the most electrifying and dangerous situation for a law enforcement administrator to handle,’ said Tony. “Any time a white deputy is involved in contact with using force on a black youth, this thing blows up.”

Krickovich said in a police report that he feared for his life, as there were only three officers who were allegedly outnumbered by about 200 students “who were yelling, threatening us and surrounding us, I had to act quickly, fearing I would get stuck or having a student potentially grab weapons off of my belt or vest,” he wrote. Another deputy pepper-sprayed the teen.

But the video appears to tell a different story that has caused outrage on social media and resulted in celebs calling for the firing of Deputy Krickovich and “#justiceforlucca,” the Black teen identified in the video.

Also, Rosalind Osgood, a School Board member, additionally called for the deputies to be removed.

County Mayor Mark Bogen advocated for the cops to be disciplined.

“There’s been a large cry of just go out and fire them. Just get rid of them,” Tony told the black leaders. “You all know it doesn’t work like that. It’s going to be done the right way.”

“I’m not going to sit and brush things under the rug,” Tony promised. “The facts are what they are. We need them in a formal written documentation saying we’ve done our due diligence and done it under the letter of the law.”