Footage of a police shooting in New Haven, Conn, has been released, but it is incomplete and activists are demanding the officers be fired 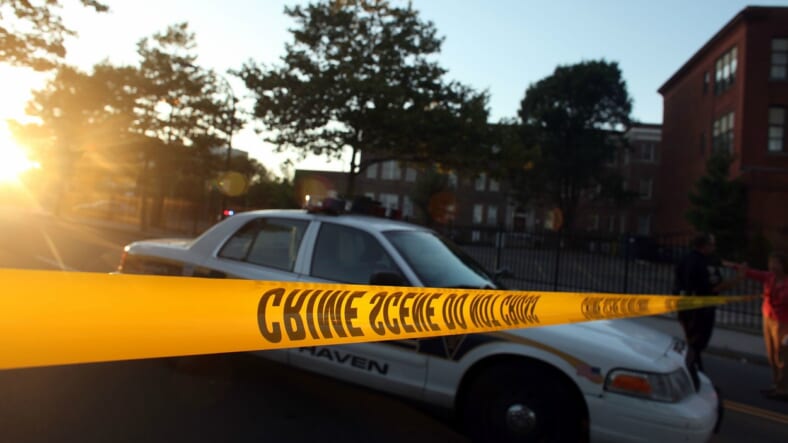 Connecticut State Police publicly released footage from a local officer’s body camera to the media on Tuesday, providing more details into a controversial police shooting near Yale University of an unarmed, young Black couple last week that many say has racial undertones.

In the early hours of April 16, as they sat in a car, Stephanie Washington and Paul Witherspoon II were fired on by officers from Hamden, Conn., and Yale University, which is about a mile from where the incident took place in New Haven. The footage from Hamden officer Devin Eaton was incomplete, and the Yale officer, Terrance Pollack, turned his body camera on too late, according to the Yale Daily News.

The State’s Attorney and Connecticut State Police are conducting an investigation. The footage was released as a result of demands by community activists. Police have said that the driver of the car, Washington, “exited the vehicle in an abrupt manner,” but video that was taken by a neighbor shows that one officer moved to the passenger-side window and quickly emptied his magazine.

Washington is being treated at a hospital and is expected to survive. Witherspoon was not struck.

During a Tuesday press conference, John Rovella, commissioner of the State Department of Emergency Services and Public Protection, said both officers’ actions as related to their body cameras were “inconsistent with policy and procedures.”

Eaton reportedly activated his camera a few seconds already into the incident and Pollack turned on his camera after the shooting, which is why his footage was not released.

But a security camera nearby also recorded the incident – and this footage has been widely shared across social media. Initially, police said they were responding to a reported robbery in the area, however the state police is investigating whether that alleged robbery occurred before or after the Washington and Witherspoon shooting.

The couple was unarmed in their vehicle when Eaton reportedly gets out of his vehicle and fires numerous rounds at both sides of their car.

The investigation is expected to take two to three months to complete, according to Rovella.

In addition, Janet Lindner, Yale’s Vice President for Human Resources and Administration, said the university would also conduct its own investigation.

Community activists are calling for Pollock to be fired. The officer is currently on administrative leave, which Lindner said he would remain on pending the outcome of the state’s investigation.

“Yale’s review and conclusions will ultimately require the results of the state’s criminal investigation, and we ask for the community’s patience as that process unfolds,” Lindner wrote in a letter to students, the Daily News reported. “Until the investigation is complete and all the facts are known, let us commit to refrain from drawing final conclusions about this incident.”