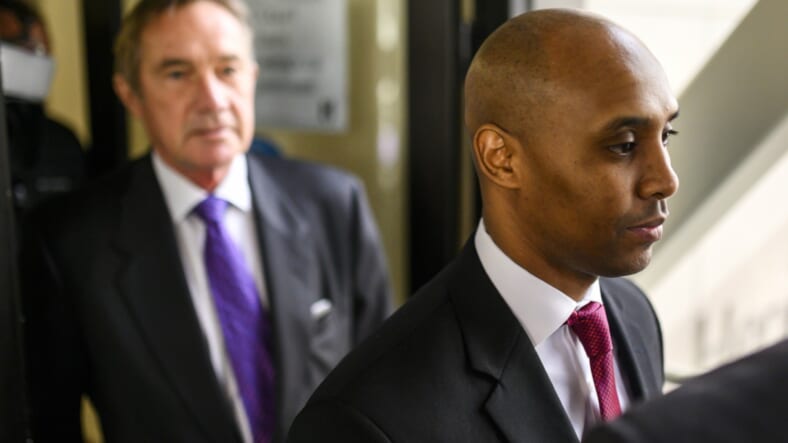 The Minneapolis police department made several missteps in its handling of the fatal shooting death of Justine Ruszczyk Damond, according to prosecutors in former officer Mohamed Noor’s murder trial.

Prosecutors accuse Sgt. Shannon Barnette, a Minneapolis police supervisor, and other officers of inconsistent testimony and secrecy over the details leading up to Damond’s killing by Mohamed Noor, a police sergeant according to the Minneapolis Star-Tribune. One huge bone of contention was whether Damond, 40, slapped Noor’s squad car, which Noor and his partner, Matthew Harrity, claimed, reportedly prompting Noor to fire a single shot at her.

During the trial, prosecutors questioned Barnette, who was in charge of managing the scene of the shooting, asking her about the alleged slap on the squad car. None of the other 27 witnesses who testified said they heard the alleged slap, although police contend Damond slapped the squad car, startling officers, before she was shot.

Barnette said under oath that she never asked Noor about the incident.

“I didn’t think — feel — I needed to,” Barnette said. The reason Barnette gave is that she had already spoken to Harrity about the incident.

Assistant Hennepin County Attorney Amy Sweasy asked Barnette if it were possible that Noor could have given her different information than his partner, to which she replied: “It’s a possibility.”

Noor fatally wounded Damond in a July 2017 incident, after she called officers to report a possible sexual assault occurring in the alley behind her home.

The testimony of Barnette, who was Noor and Harrity’s supervisor on the night of the killing, has played a prominent role so far in the trial. Prosecutors blasted her in opening statements for inconsistent body camera usage, implying that she intentionally left the camera off at peak times.

In one of the three recorded body cam videos, Barnette is seen exiting her vehicle when she arrived at the scene. She is heard telling an officer “I’m on,” before turning her camera off, The Minneapolis Star-Tribune reported.

“Why did you turn it off?” Sweasy asked Barnette during the trial.

“I don’t know,” Barnette responded. “I can’t answer that.”

The second clip showed Barnette interviewing Harrity near the driveway where Damond’s lifeless body lay. “She just came outta nowhere,” Harrity said in the clip regarding Damond, the Star-Tribune reported. “On the side of the thing and we both got spooked. I had my gun out. I didn’t fire. And then Noor pulled out and fired.”

Barnette then went to find Noor.

The third clip was recorded more than two minutes later, according to Sweasy. In the footage, it appears Barnette is talking to Noor, who was obscured by the squad car.

Testimony was scheduled to continue through Wednesday.