The contaminated meat has been distributed across at least 10 states 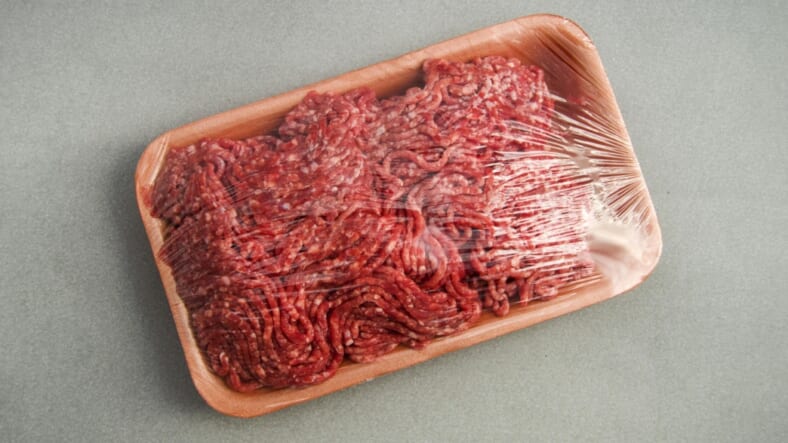 The CDC issued an urgent warning about the recent ground beef recall (Photo By: Adobe)
An E. coli outbreak has resulted in a recall of 160,000 pounds of ground beef after 177 people have become sick.
The Centers for Disease Control and Prevention announced the recall on Friday (April 26), stating the reported cases of E. coli related illness have been recorded across 10 states. Of those cases, 21 have resulted in hospitalizations. No deaths have been recorded.
According to the CDC, last Tuesday (April 23), K2D Foods of Carrollton, GA, called back 113,000 pounds of “raw ground beef products,” as a result of the E. coli outbreak. The recalled products are two 24-pound vacuum-packages, containing raw “Ground Beef Puck” with “use thru” dates of April 14, April 17, April 20, April 23, April 28 and April 30.
READ MORE: Lawyers insist that R. Kelly was a no-show in court because he couldn’t read the document with date and details
That was followed by Grant Park Packing of Franklin Park, IL, which issued a recall of over 53,000 pounds of ground beef. Grant Park Packing states the ground beef was produced on October 30-31, 2018 and November 1, 2018, while warning those who are infected with the illness develop diarrhea, which can be bloody, and vomiting. They also detail the illnesses can last longer and be more severe than other cases.
The CDC confirms both companies have tested positive for E. coli in samples taken from their products.
“Ill people in this outbreak report eating ground beef at home and in restaurants,” the CDC report details.
READ MORE: Popular Grey’s Anatomy star returns to General Hospital for a highly-anticipated episode
According to the Daily News, 21 additional cases of sick people were reported that were not originally included in the April 23 update. The state with the most reported sick people was Kentucky with 65. Tennessee and Georgia followed with 52 and 41 reported cases, respectively. Ohio reported 10 cases. No other state has more than three.
The CDC has been able to isolate the outbreak of sickness to the ingestion of ground beef. The organization has revealed the illnesses that have been reported do not reflect the kidney failure called hemolytic uremic syndrome. In their report, the CDC states, “Epidemiologic and laboratory evidence indicates that ground beef is the likely source of this outbreak.”