The beloved filmmaker will be missed by many. 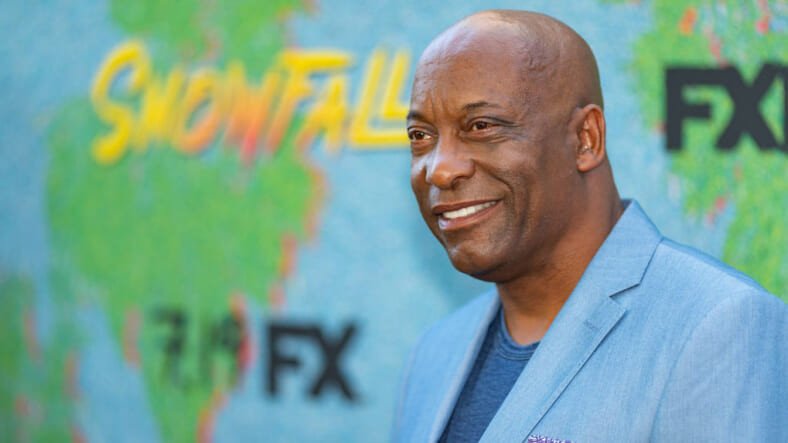 TMZ confirmed his death Monday afternoon hours after his family released a statement explaining he would be removed from life support on Monday.

The trailblazing writer and director of Boyz N The Hood suffered a major stroke on April 17 and had been receiving intensive medical care ever since.

“It is with heavy hearts we announce that our beloved son, father and friend, John Daniel Singleton will be taken off of life support today. This was an agonizing decision, one that our family made, over a number of days, with the careful counsel of John’s doctors,” a spokesperson for the family said in a statement to Deadline.

“John Singleton is a prolific, ground-breaking director who changed the game and opened doors in Hollywood, a world that was just a few miles away, yet worlds away, from the neighborhood in which he grew up.”

Singleton made history in 1992 when he became the first Black man to be nominated for Best Director at the Academy Awards and was responsible for creating some of the most beloved titles in recent memory. His extensive catalogue includes Poetic Justice, Shaft, Baby Boy, 2 Fast 2 Furious, and Four Brothers among others.

Singleton is survived by his mother, Sheila Ward, his father, Danny Singleton and his children Justice, Maasai, Hadar, Cleopatra, Selenesol, Isis, and Seven.

“Like many African Americans, Singleton quietly struggled with hypertension. More than 40% of African American men and women have high blood pressure, which also develops earlier in life and is usually more severe. His family wants to share the message with all to please recognize the symptoms by going to Heart.org,” the family’s statement read.

“We are grateful to his fans, friends and colleagues for the outpour of love and prayers during this incredibly difficult time. We want to thank all the doctors at Cedars Sinai for the impeccable care he received.”