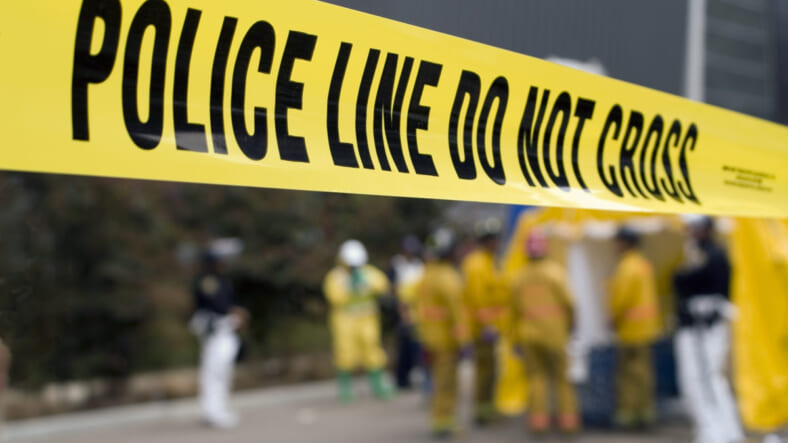 Jackie Carter was stunned after she heard the news that 32-year-old Philando Castile had been killed by a cop while trying to grab his license to show the officer during a traffic stop.

While she didn’t know the Minnesota man personally, the situation hit home with Carter, who at the time in July of 2016, was home with her 30-year-old son celebrating his birthday.

Castile didn’t have a chance with officer Jeronimo Yanez, who pulled him over, asked to see his ID then loaded a barrage of bullets into Castille as he tried to get his identification that the officer asked for. Yanez said he though Castile was reaching for a gun. He later said in court, “had no choice,” and that he “thought he was going to die.”

But Castile pleaded before his death that he “wasn’t reaching.”

Those words served as the catalyst for Carter who said: “Someone has got to come up with a solution.”

She then developed the  “Not Reaching!” pouch to help be a visible symbol that holds the documents needed when drivers are pulled over and questioned by authorities, NBC News reports.

The clear pouch can be attached to the driver’s side vent making it easily accessible and something that can be easily seen.

“I’m more fearful [for my son] in a car here than [when he’s serving] in Afghanistan,” Carter told NBC BLK.

“Anything that you can’t see throws you into that red flag or heightened mode,” said Washington, D.C., police officer Evan Douglas. “But,” he told the outlet, “it should never lead you to just assume that they’re trying to kill you.”

—Biden: ‘I take responsibility’ for treatment of Anita Hill during Thomas hearings—

Carter’s Not Reaching pouch has been available for the last three years and has sold 1,000 units so far. And it’s a product Valerie Castile, Philando’s mother, strongly supports.

“The murder of my son started with a police stop,” Valerie Castile says.

The pouch she says may have helped her son live.

“Who would think reaching for your wallet would be your demise?” she asked.