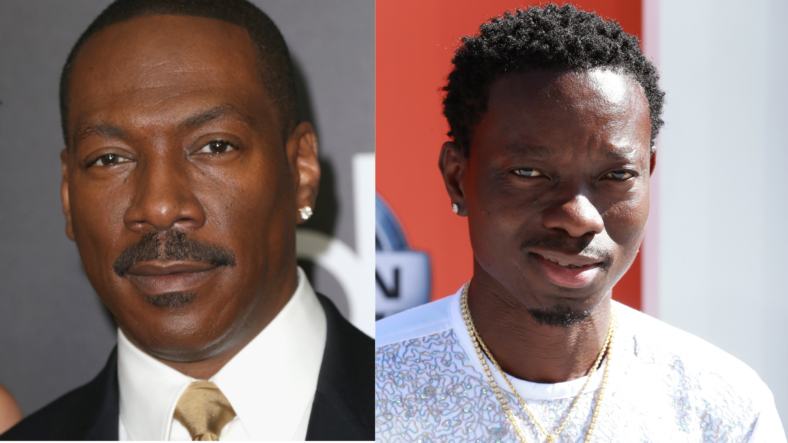 Coming to America fans’ dreams are finally coming true! The sequel of the highly successful film starring Eddie Murphy as a rich African prince is set to hit theaters next year, after over 30 years of waiting. Although the full cast list for the film has yet to be revealed, Murphy thinks there’s one “funny” African that could be a good asset to the project. That person is Michael Blackson.

TMZ caught up with the legendary actor on Tuesday to ask him about the film and his thoughts on Akon believing that there should be real Africans cast. Murphy replied saying,

The outlet reached out to Blackson to share the news and he said, “That would be life changing!!! Everyone in the world is gonna watch that movie.”

Read More: Akon wanted to bring power to Puerto Rico but was turned down

Akon believes that casting Africans will be great for the movie since it’s based on a fictional nation in Africa called Zamunda.

“The film in Africa, as you know–the film industry is huge. It’s one of the biggest in the world, so to expose some of those actors and comedians, you have to,” the artist said. “There’s no way you can do Coming to America without adding somebody like Michael Blackson, whose African and one of the funniest African comedians out there and he’s well known in America.”

Read More: Back to Zamunda ‘Coming To America’ sequel gets a release date!

Let’s hope Blackson surprises fans with an appearance in the sequel.

The movie just started pre-pre-production last month and is set to hit theaters on August 7, 2020. Arsenio Hall and Shari Headley to set to return. Academy Award-winner Ruth E. Carter will also be costume designer for the film.