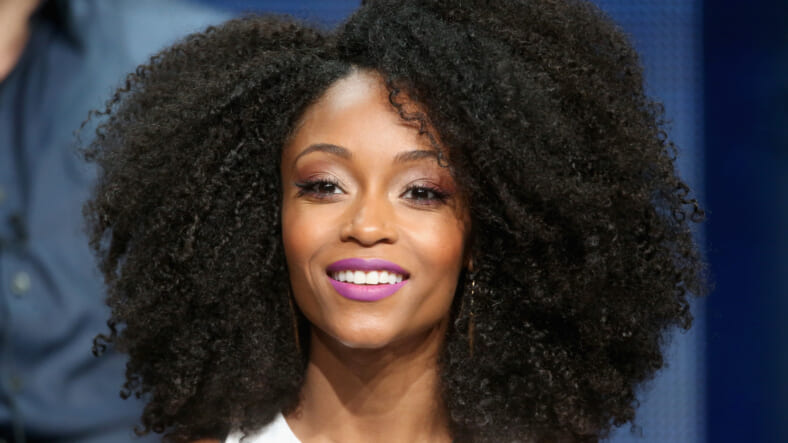 In a new interview with theGrio, actress Yaya DaCosta says she’s happy the mainstream media is starting to catch on to the idea of the Black Latinos’ exist.

“I think it’s refreshing,” says DaCosta during a press junket for the film ‘Bolden’.

“When I got an audition recently for a Colombian woman I was like ‘Really, like they asked for me? Really?’ Because in the past we would never have been considered if you didn’t look like Jennifer Lopez.”

DaCosta burst onto the Hollywood scene during Cycle 3 of America’s Next Top Model, a sharp and unapologetically Black woman who always acknowledged her Brazilian roots.  She speaks English, Portuguese, French and Spanish.

READ MORE: Yaya DaCosta embodies Whitney Houston gestures during performance of &#039;I Will Always Love You&#039;

While it may come as a surprise to some, Brazil is actually home to the largest Black population outside of Africa due to the Atlantic Slave Trade.

It’s a story that’s common around the world, with African-descended populations in countries like Colombia, Cuba, Mexico and Venezuela.

Yaya DaCosta talks with theGrio about her new film ‘Bolden.’

“It’s nice that people are actually realizing what Latin America actually looks like and that there’s diversity,” DaCosta tells theGrio.  “That yes, we speak Portuguese and Spanish… It’s nice that there is more inclusion but it’s just the beginning.”

Beyond the recognition that Afro-Latinos exist, it’s the actual embracing of Blackness or negritude with pride that is what’s catching fire, particularly in communities online.

DaCosta also stars in the TV show Chicago Med, where the character she plays is actually an Afro-Latina, and Afro-Brazilian American.

“I love it. Occasionally I get to speak Portuguese on the show. It’s like the most fun thing ever,” says DaCosta. “That wouldn’t have happened even 10 years ago.”

But she cautions against getting too comfortable with the current cultural moment, and thinking that on-screen faces are all that matters.

“There’s still some work to do,” she says.

“We need to have people in the rooms. It can’t just be actors and performers representing. There have to be writers and producers and directors hiring, and insisting on that representation. Because it’s very easy to just do what’s comfortable.”

Catch DaCosta in ‘Bolden’ the new biopic about New Orleans’ jazz musician Buddy Bolden, and watch her talk more about playing Bolden’s wife Nora in our full interview below.