Alexandria Ocasio-Cortez has the internet buzzing after uploading a photo rocking one cornrow braid and giving a shout out to her Afro-Latina heritage. The U.S representative-elect from New York posted a photo online with the following statement: 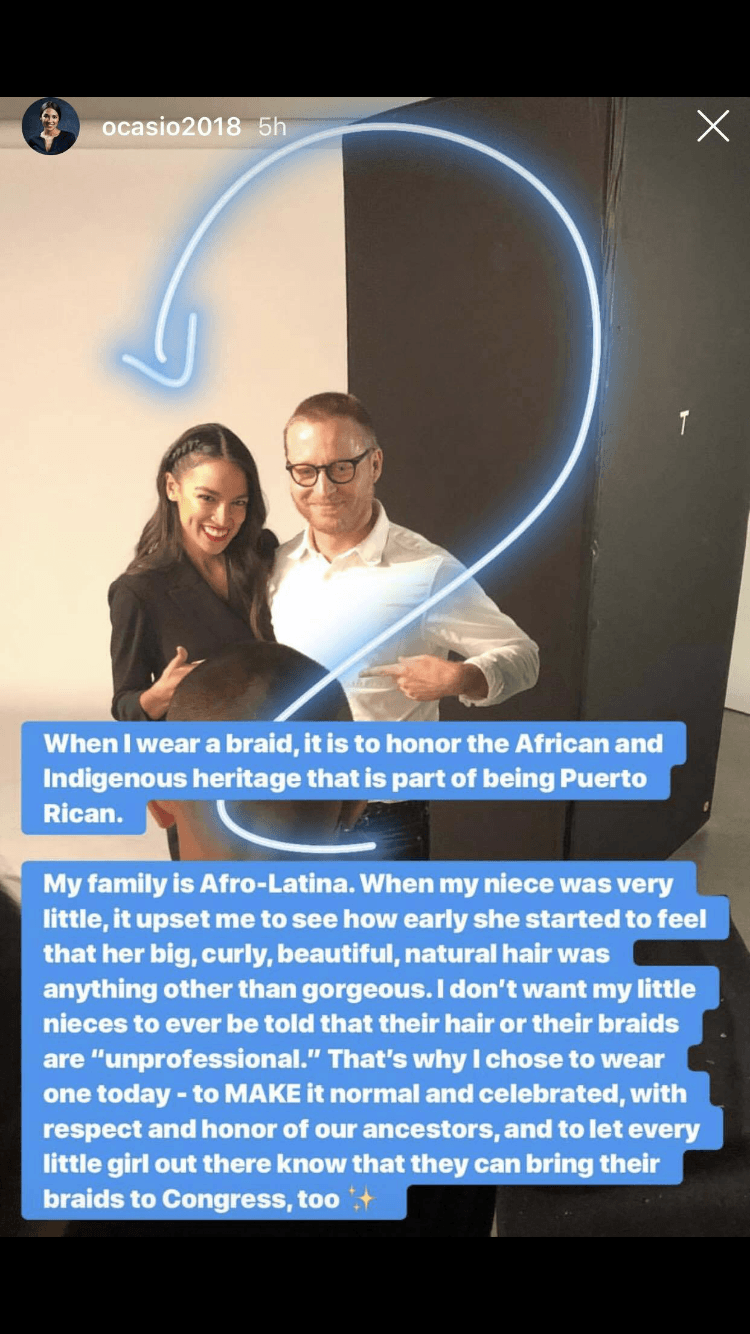 The photo went viral, starting online discussions about why braids are considered by some to be unprofessional. Many applauded Ocasio- Cortez, while others stated she was reaching a bit too hard.

Afro-Latinx is a term used to describe African descendants in Latin America and of Latin American heritage— simply put Afro-Latinos are Black. In a world where celebrities like the Kardashian’s often exploit Black culture for their benefit without crediting the source, rocking braids can be a sensitive issue.

So should Ocasio-Cortez get props for shouting out her roots or did this miss the mark?

Hit us in the comments below with your thoughts.