Gang proves how ignorant racists are, they spelled the slur wrong 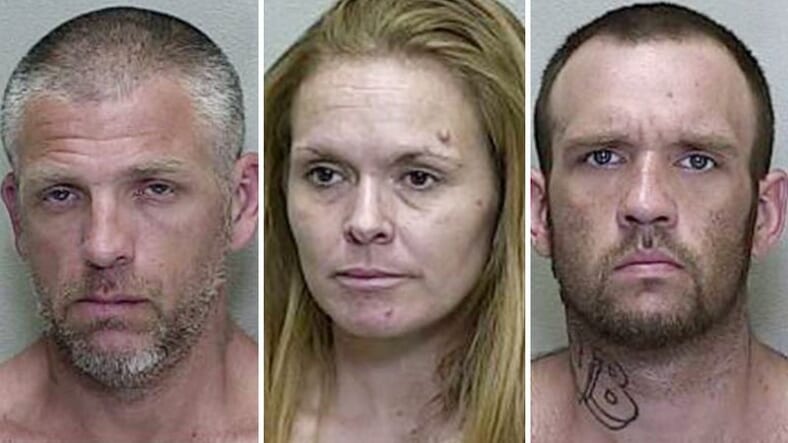 The third member of a Florida gang is now in custody, after attacking a Black man in his home and forcing a tattoo of a misspelled racial slur onto him.

The gang member is Brandon Hayley who was apprehended on Monday (April 29). He was wanted for aggravated battery, armed robbery and two counts of battery. Hayley is currently being held on a $40,000 bond at the Marion County Jail.

Hayley is a member of the “Crazy White Boy” gang who attacked Michael Hart in his Salt Springs, Florida home at the top of the year. Hart is a Black man, but allegedly is also a member of the gang. Think about that for a minute.

According to Newsweek, Hayley detailed to the Marion County Sheriff that he along with Lucian “Luke” Evans, Brett “Wolf” Singleton and Mary “Beth” Durham carried out the attacks on behalf of the gang.

Hart believes that he was being punished by his fellow gang members, and that they broked into his home and wanted to cover the CWB tattoo on his neck. They knocked him unconscious, and then covered the existing tattoo with “F*** you, Niger.”

The Miami-Herald detailed the knife was a “sheathed, fixed blade knife,” one used for punishment for going against the gang rules.

Hart details that he passed out from the pain, but during the course of the attack he was also sodomized. While he was in and out of consciousness, Hart remembers someone stating “I’ve never done this before.”

“(Hart) stated he was wearing blue jeans and felt something wet in his pants. (Hart) stated when he looked at his pants, he saw what he believed to be blood. Michael stated he felt like he’d been sodomized, but could not provide any more details,” the police report leads.

While Hayley, Evans, and Durham are in custody, Singleton is still a free man.