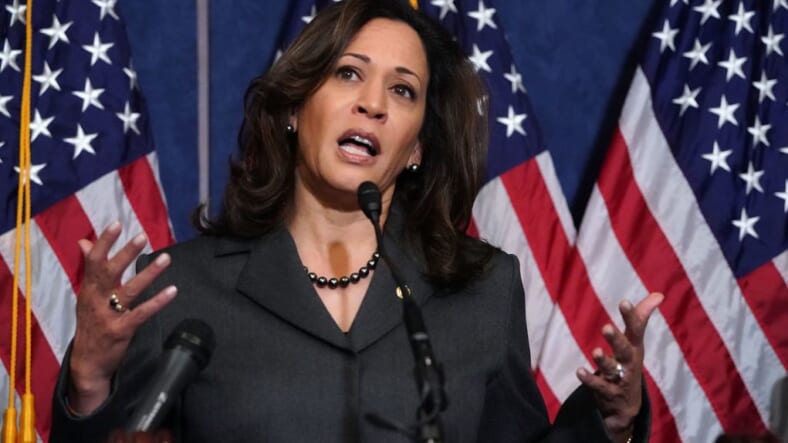 The California Democrat and 2020 presidential candidate, who spent the entirety of her own legal career as a district attorney in San Francisco, hopes that her new bill, which she expected to introduce on Wednesday, will level the playing field between prosecutors and public defenders.

Ideally funded by a $250 million federal grant program, Harris’ bill, named the EQUAL Defense Act of 2019, is aimed to create equal pay between prosecutors and public defenders, as well as approve funding for training public defenders, along with a student loan repayment plan. It would also place a cap on workload limits for full-time public defenders.

According to the bill, its purpose is “to protect the rights of defendants in criminal cases to due process and a fair trial under the Fifth, Sixth, and Fourteenth Amendments to the Constitution.”

In a supporting statement provided by her office, Harris said:

“After spending my career around the criminal justice system, I’ve seen up close how it can fail to ensure that poor defendants receive a fair trial and due process, as guaranteed to all of us in our Constitution. All too often, our public defenders are overworked and lack sufficient resources. This makes public defense unsustainable over the long haul. And the person who suffers is the defendant, whose liberty is on the line. It’s wrong, and it’s the opposite of justice.”

“In too many places, public defenders are so under resourced, overwhelmed, and beaten down, that they have become resigned to processing people through the system,” Rapping told CNN. He continued, “Many lawyers come out of law school with crippling debt. Low salaries and crushing debt forces some of our most dedicated young public defenders out of the profession.”

Kristin Clarke, president of the Lawyers Committee for Civil Rights and an advocate for voting rights and judicial reform praised Harris’ new legislation.

“This bill helps bring us closer to the day when the promise of Gideon vs. Wainwright is fully realized and all defendants receive the effective assistance of counsel who have the capacity and resources necessary to zealously represent their clients’ interests during each critical phase of trial,” said Clarke, referring to the 1963 U.S. Supreme Court case in which justices ruled that states are required to provide an attorney to defendants under the Sixth Amendment.