Royal Baby Sussex has a new tongue-twister of a name! 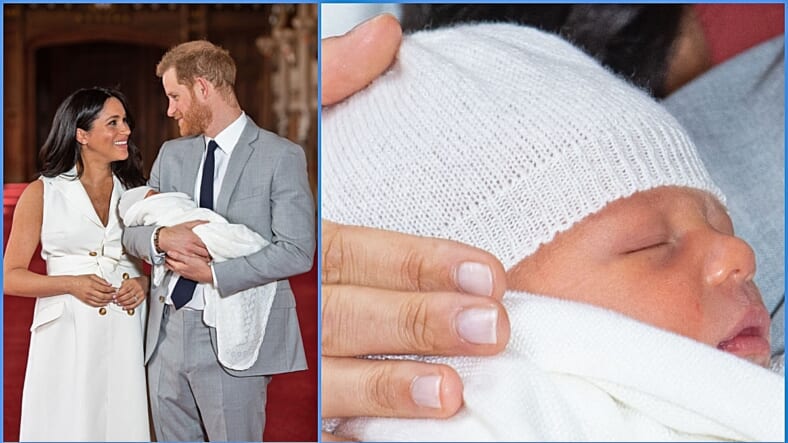 Royal baby Sussex finally has a name: Archie Harrison Mountbatten-Windsor. Let’s just hope the kid gets through grade school without getting teased because of the long moniker.

And already the Twitterverse seems to be up-in-arms and taking issue with the royal baby’s new name and have already made references to the red-headed comic book character as well as Archie Bunker, the fictional character from the classic TV show, “All in the Family.”

Another user took a stab at royal baby’s number two potential name as Archie’s best friend in the comic.

If they have another boy they can name him Jughead.

Many people seemed to be hoping for better, maybe a name that paid homage to Archie’s other grandmother, Princess Diana is some way. Another person mocked the name saying: “so… does that mean his full name is “archibald”? there goes all the ‘diana name tribute’ theories…”

The Duke and Duchess of Sussex, Prince Harry and Meghan Markle, were beaming parents as they introduced their royal baby boy to the world for the first time at St. George’s Hall in Windsor Castle.

Just two days into being parents, the couple gave the cameras of glimpse of their first newborn child.

“It’s magic. It’s pretty amazing,” Duchess Meghan Markle said about her new son. “I have the best two guys in the world, so I’m really happy.”

Let’s just keep hope alive that the name Archie will sound like music to our ears in due time.