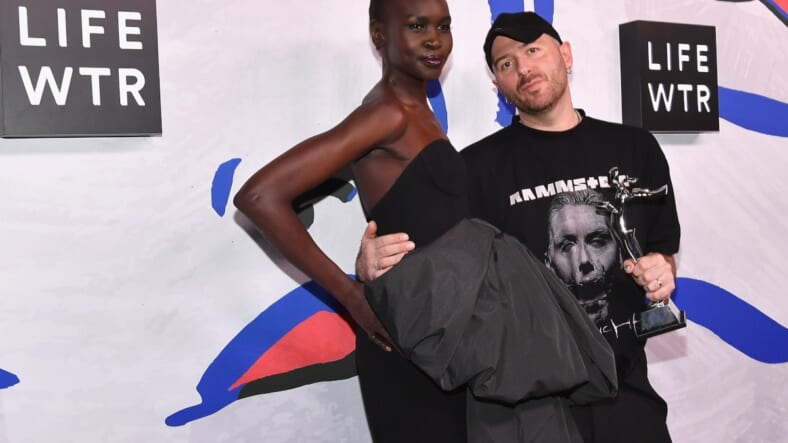 On Tuesday, Demna Gvasalia, the creative director of the fashion house received the 2019 Creative Spirit Award at a scholarship benefit gala for Brooklyn’s Pratt Institute. Gvasalia, however, could not attend the festivities, the brand vowed to give back in a big way with a scholarship commitment to the Black Alumni of Pratt group.

Those who will be eligible include students of African-American or Latino descent. The Black Alumni of Pratt group was established in 1990. The annual gala benefits BAP by raising money towards scholarships and stipends for underrepresented students.

Its mission is to facilitate a student’s scholastic endeavors and help boost career opportunities for them and grads of African and Latino descent. The financial support will help to cultivate more talent in the art and design fields which still reportedly lags behind in representation of students of color. This diversity is important as it could help to circumvent fashion missteps that brands such as Gucci and Prada have been recently called out for.

In its 28 years, the BAP has secured more than $5 million in funding that supported highly talented students of color in pursuit of higher education in the art and design majors.

Balenciaga S.A. is a high-end fashion house founded in Spain by Cristóbal Balenciaga, a designer. The brand is now owned by the French multinational company Kering.