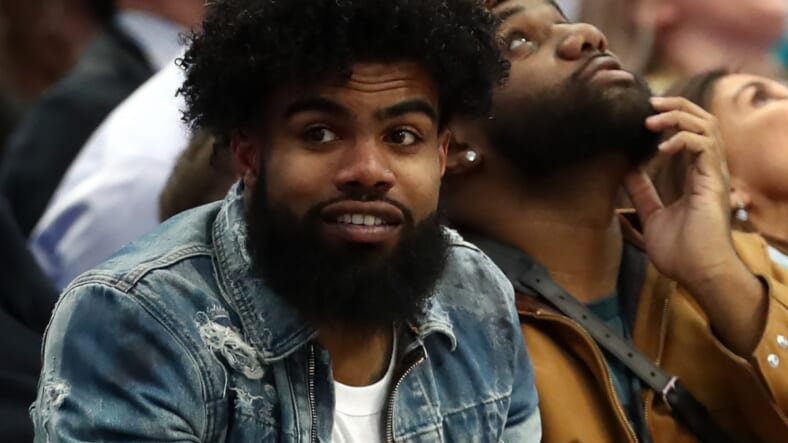 Cowboys‘ running back Ezekiel Elliott reportedly plans to pay for the funeral of a star middle school football player who was killed outside a party in Venice, Ill., earlier this week.

Jaylon McKenzie, 14, was a promising student and athlete whose future was so bright he was featured in the Future Issue of Sports Illustrated in November 2018 with comparable teen sports stars.

According to TMZ Sports, Elliott is paying homage to Jaylon by taking care of his final burial expenses.

“For [Elliot] to reach out to me was unbelievable,” Jaylon’s mom Sukeena Gunner told the local Belleville News-Democrat. “Jaylon loved Ezekiel Elliott. He talked about him all the time… Just for him to reach out to me and help me in this difficult time leaves me speechless.”

Jaylon, a star within his own right was planning to attend East St. Louis Senior High. He was highly sought-after and was already fielding college offers from the University of Missouri and the University of Illinois. He had his sights on one day playing for the Los Angeles Rams or Chargers, his mother said.

“Jaylon did everything right. If he did anything wrong, I didn’t know about it,” his mother explained. “He got up every morning, went to school, did his work. He never rode with anyone else; I’d take him to school, or sometimes my husband, and we’d pick him up. Then the next day, we’d do it all over again.”

According to Gunner, the Belleville, Ill., the teen was an innocent bystander who was hit by a stray bullet when he walked outside to leave the party.

Jaylon and another teen, a 15-year-old female were rushed to a local hospital where he died. The girl remains in critical condition.

Gunner said the family is grappling with the enormous loss of a kid who was well-loved.

“It’s very hard,” she said. “It’s still like a bad dream like I’m gonna wake up in the morning and my baby’s gonna be smiling at me asking for something to eat like he always does.”