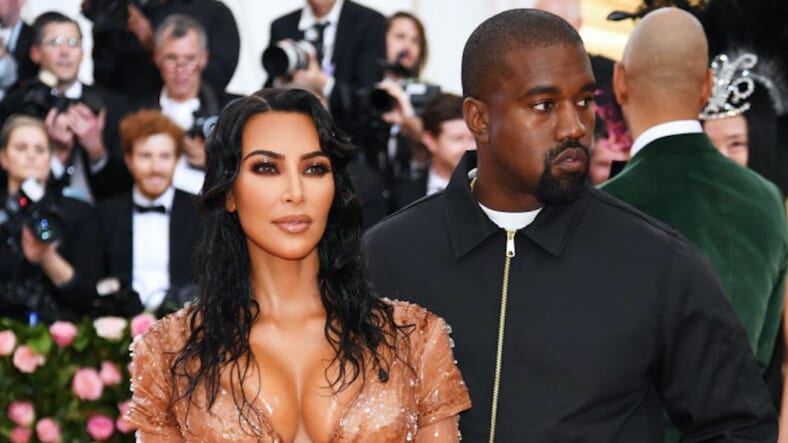 It looks like Kim Kardashian West and her husband, Kanye West are expecting a special delivery very soon.

On Thursday, Kourtney Kardashian made a surprise appearance on The Ellen DeGeneres Show and revealed that the West’s surrogate has gone into labor with their baby boy. Kris Jenner was shocked to learn that Kim and Kanye’s fourth child is on the way, joining North, 5; Chicago, 1; and Saint, 3.

“So, my mom doesn’t even know this, but Kim’s surrogate went into labor, so she’s at the hospital,” Kourtney said when she hit the stage with the three West siblings and her own children in tow. “And nobody knows, so everyone in the audience don’t tell,” Kourtney explained.

“What! What are we doing here?!” a shocked Kris Jenner responded.

I surprised @KrisJenner with 6 of her grandchildren. Then I surprised her with one more. Sending love to you, @KimKardashian and @KanyeWest! @kourtneykardash pic.twitter.com/7SzHA2sahM

No word on what the West’s will name their new bundle of joy, but Kim Kardashian West took tons of suggestions from her guests during her recent CBD-themed baby shower.

“So, because I’m freaking out and the baby is coming in, like, two weeks, I thought what better way to celebrate than to have a little CBD,” she said at the star-studded event.

Kanye West made his first appearance at the Met Gala in three years on Monday, with his wife wearing a custom-made “wet” look by Thierry Mugler, who came out of retirement to create the ensemble that took eight months to make.

Aside from planning for her fourth child, Kim Kardashian West has been busy studying for the bar exam and recently revealed she hopes to become a lawyer by 2022.

“I had attorneys with me who could back that up with all the facts of the case. It’s never one person who gets things done; it’s always a collective of people, and I’ve always known my role,” she told VOGUE.

The reality star, entrepreneur and wife of Kanye West comes from a legal family: her father, Robert Kardashian Sr., was famous in the 1990s for representing O.J. Simpson in a legendary case that harnessed the attention of America. A recent advocate for criminal justice reform, Kim is seeking to continue the family lineage of law.