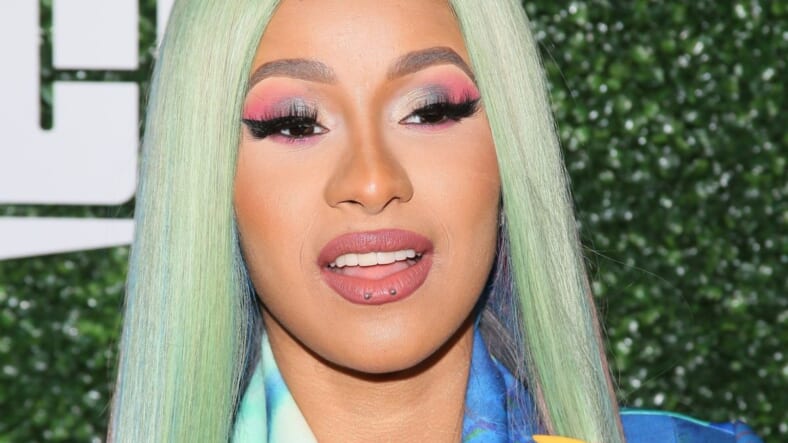 Cardi B talks motherhood and how hands on she is with her daughter, Kulture. (Photo by JB Lacroix/Getty Images)

It’s no secret that Cardi is the hottest female rap artist out right now, and her fame and popularity is definitely fueling her clothing line success. In fact, the second launch of the Fashion Nova line far surpassed the first line’s performance back in November, Page Six reports.

The hitmaking rapper told Elle earlier this month that her second line would be “a little more sexy” than the first. “You’re going to see a lot of skin,” the rapper said. “A lot of cleavage. But yet it’s so pretty and so elegant. I made sure it was sexy but also beautiful.”

Cardi’s definitely got the fan clout to keep the clothes selling out.

“With FashionNova, they gave me the opportunity to design what I like and what I want to put out, and I’m gonna put out a line with them, a little something-something… It’s gonna be crazy because it’s what I like,” she told Apple Music Beats 1 during a previous interview.

She loves the Instagram-popular brand and talked it up as “how rich people like me stay rich.”

—Michelle Obama shares tribute to her mom on Mother’s Day—

Fashion Nova has dominated the online retail space for the past year, made popular by influencers and celebrities such as Cardi B, Kim Kardashian and her little sister, Kylie Jenner.

With Pepsi tapping Cardi B to star in their iconic Super Bowl ad earlier this year and the success of her latest Fashion Nova collection, we expect to see more brands tap the rapper for future campaigns.