Is this for pure shock value or does it have a deeper message? 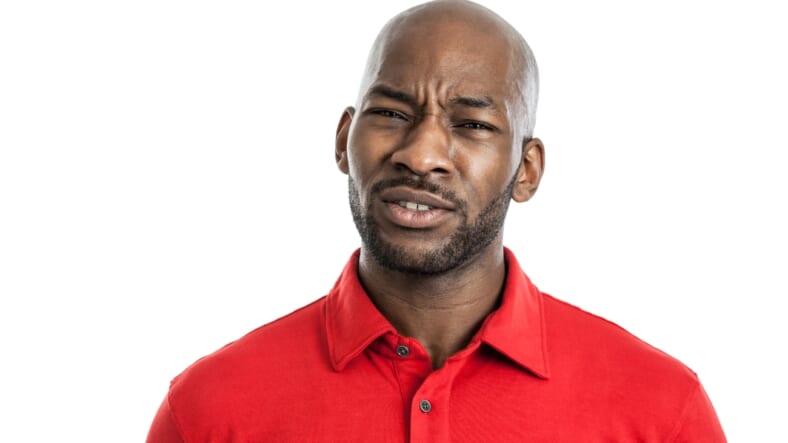 The image features a white woman from a rear view wearing a black lace bra and no underwear. Six hands blackened with paint or grease grip the woman’s body, pulling at her bra and grabbing her thighs and behind.

Am I the only one who has a problem with this piece of ‘ART’ by one Katarina Stegnar from Slovenia. Its tagged #hatebetter ? pic.twitter.com/Py9CeTXf8n

The hashtag #HateBetter appears at the bottom of the poster in black letters. Response to the controversial work has been mixed.

Some are offended by the poster and believe it is nothing more than shock value.

WTF???!!! So are they trying to state with the #HateBetter is portraying that white is better and black individuals are haters of what that can’t be? Throw the whole damn poster away. https://t.co/aJXGtRRdSp

White guys in blackhand? #hatebetter wtf they do this at? https://t.co/Fj468TCjeF

But others have interpreted the poster to actually be a condemnation of racism and the way that people perceive others based solely on race.

White hands taking, harassing, & assaulting painted Black. At first glance you think it’s just Black people being criminals when in reality it’s white people pulling the strings, pitting us against each other, & hiding behind gaslighting & propaganda
I LOVE this piece#HateBetter pic.twitter.com/F9esXiVp2N

Actually I noticed that these are white men with black painted hands? The hands are painted black, to show how racist white people always blame the innocent black man. They “paint” the picture that the black man is violent? #hatebetter is awareness. https://t.co/h8cc6rTi6t

Why hate people based on their race when there are so much better things you could be hating people for? #Hatebetter pic.twitter.com/nPvcqZuU6P

Creator Katarina Stegnar explained the piece in an artist statement.

“The regulation of female sexuality lies at the core of all patriarchal politics. Regardless of whether we are discussing the wearing of burkas, banning abortion or the demonization of female pleasure. It ends now. No means no. I will not allow my body to be exploited for any political agenda,” said Stegnar. “I am the mistress of my pleasure. I will do with my body as I please, where I please and with whomever I please. I love my Slovenian boyfriend, whether he is black, yellow, white, red or all the colors of the rainbow.”

According to AdLand, Stegnar will showcase her performing art piece at the Festivalperformansa.