Sybrina Fulton's decision is the latest in a long line of good works and public service since her son was senselessly killed. 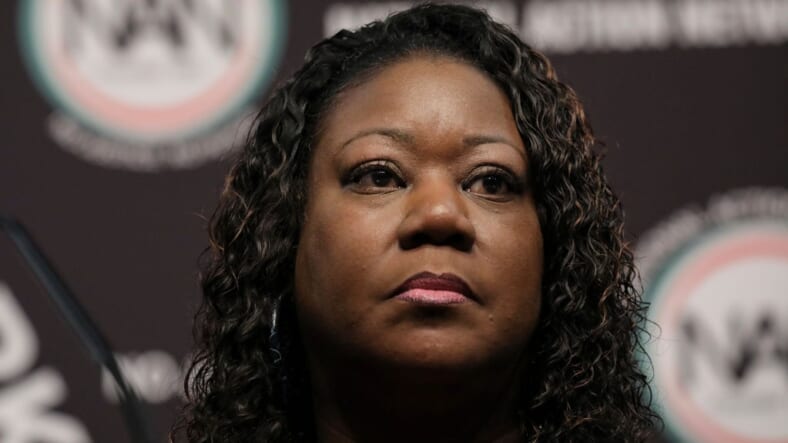 The mother of Trayvon Martin noted in the 2018 documentary “Rest in Power” that it took her teen son being shot down by then-neighborhood watch volunteer George Zimmerman for her to find the voice to stand up to the racially-charged injustices that permeates throughout our nation’s judicial system.

In the years since Trayvon’s death, Sybrina Fulton has worked tirelessly as an anti-gun violence activism. On Saturday, she announced plans to run for a seat on the Miami-Dade County Commission. The seat opens in 2020, when current Commissioner Barbara Jordan vacates after reaching her term limits. Fulton will face off against Miami Gardens Mayor Oliver Gilbert in the election, according to the Miami Herald.

“Since 2012, I have advocated tirelessly to empower our communities and make them safer,” Fulton told The Miami Herald. “But the work is not done. I am proud to announce that I will run to represent District 1 on the county commission.”

Fulton was thrust into the national spotlight after her 17-year-old son was racially profiled, stalked and killed by George Zimmerman in south Florida in February 2012. Zimmerman’s subsequent acquittal sparked nationwide protests and lead to the formation of the Black Lives Matter movement.

Fulton addressed the tragedy and its aftermath in a book she co-authored with Trayvon’s father, Tracy Martin, titled “Rest In Power: The Enduring Life of Trayvon Martin.” The book served as the template for the 2018 documentary “Rest in Power: The Trayvon Martin Story.” Fulton has also created a non-profit organization in her son’s memory.

“Our county must continue moving forward so our families are safe from violence, can afford to live in Miami-Dade, and have access to good paying jobs,” Fulton told the Miami Herald via The Hill. “I am ready to take on these issues and many others in county government.”

The Trayvon Martin Foundation is located in the Miami Gardens district that Fulton will represent should she be elected to the Miami-Dade County Commission. The organization aims to “emotional and financial support to families who have lost children to gun violence,” according to its website.

The Trayvon tragedy fueled a national discussion about racism and gun control that has been ongoing since.