TalkBack: Sacha Jenkins on what we didn’t see on Part 2 of ‘Wu-Tang Clan: Of Mics and Men’ 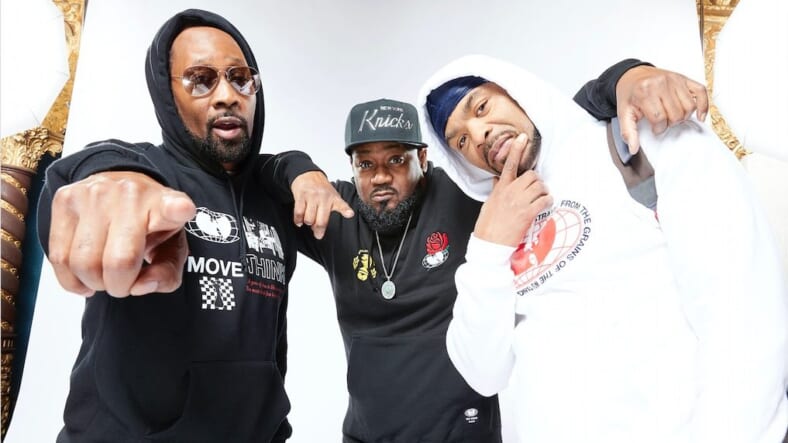 Director, Sacha Jenkins is back to weigh in on Part 2 of his incredible docuseries, Wu-Tang Clan: Of Mics and Men.

Throughout the history of hip-hop, no single group changed the game in the same way the Wu-Tang Clan did. In the early ’90s, a group of young rappers from Staten Island and Brooklyn joined forces to escape the poverty, violence, and oppression of their neighborhoods through music.

As Wu-Tang marks the 25th anniversary of their breakout debut album, Enter the Wu-Tang (36 Chambers), the limited docuseries looks back on the group’s career, combining intimate and reflective interviews from each of the nine living members with never-before-seen archival footage and performances. The series follows the founding members – RZA, GZA, Ol’ Dirty Bastard, Inspectah Deck, Raekwon the Chef, U-God, Ghostface Killah, Method Man, Masta Killa and Cappadonna – many of whom were childhood friends in the hardscrabble world of ‘70s and ‘80s Staten Island and Brooklyn.

Find out what the director had to say about what was left on the cutting room floor and his favorite moments from Part 2 of the SHOWTIME series, available to stream now.

Q: Discuss the most powerful moments from Part 2. Why were they so impactful?

A: Seeing Raekwon and Inspectah Deck in the booth cutting “C.R.E.A.M” was a standout moment. That song is the core essence of the WuTang Clan. That song rolls out the red caroled for the finest blues ever known. So many people cite that song as their favorite and to see it in process is…staggering. No one really knew what was going to happen thereafter but…it happened.  WuTang happened.

Q:How did you decide what to keep. What ended up on the cutting room floor that you wish we saw?

A: Thankfully we had four hours to play with but yes, there are things that hit the cutting room floor. You always have to serve the story first and  foremost. Some folks have wondered why there wasn’t more solo Wu material in the film. We had GREAT material but we decided that focusing on the larger group Wu idea was a better, more “followable” way to go. We think the film benefited from said focus. Still, there are things I miss…

Q: Do you have a favorite member of Wu-Tang? One whose content speaks to you most?

A: Hard to say who my favorite Wu member is. They all have had strong  moments. Best team in the history of rap. Plus I gotta  protect my neck and the notion of favorite Wu guy puts my neck in jeopardy.

Q: How was Wu-Tang was able to take their own experiences and translate them to stories people everywhere could relate to.

A: The Wu’s storytelling is rooted in the blues—everyone can relate to the blues. Adversity is a fact of life. And it is the triumphs that they pulled off while dancing in the face of such adversity that makes the Wu relate-able to so many.