The four-part docuseries premieres on Showtime on May 10. 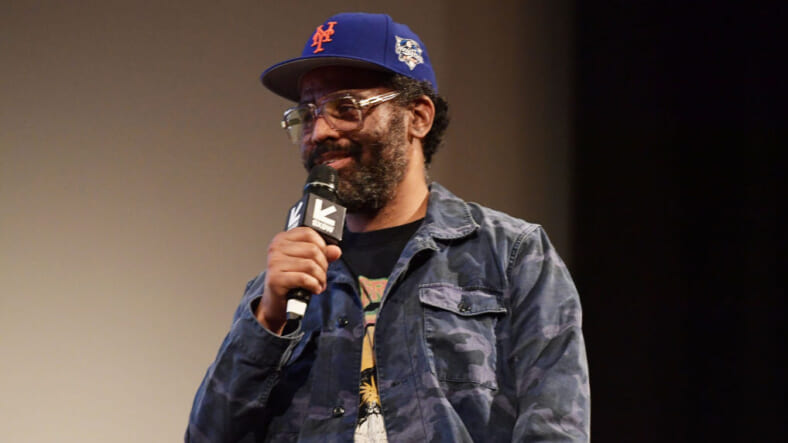 Showtime is ready to debut the highly-anticipated Wu-Tang docuseries Of Mics and Men and TheGrio sat down with director, Sacha Jenkins to find out why the story of the prolific hip hop group is such an important part of American history.
The four-part docuseries hits the premium network after making its debut at Sundance Film Festival in Park City, Utah. Throughout the history of hip-hop, no single group changed the game in the same way the Wu-Tang Clan did. In the early ’90s, a group of young rappers from Staten Island and Brooklyn joined forces to escape the poverty, violence, and oppression of their neighborhoods through music.
As Wu-Tang marks the 25th anniversary of their breakout debut album Enter the Wu-Tang (36 Chambers), the limited docuseries looks back on the group’s career, combining intimate and reflective interviews from each of the nine living members with never-before-seen archival footage and performances. The series follows the founding members – RZA, GZA, Ol’ Dirty Bastard, Inspectah Deck, Raekwon the Chef, U-God, Ghostface Killah, Method Man, Masta Killa and Cappadonna – many of whom were childhood friends in the hardscrabble world of ‘70s and ‘80s Staten Island and Brooklyn.

Their ingenuity and entrepreneurial spirit brought them together to overcome the poverty, violence and oppression of their New York neighborhoods. But it was music and their shared lyrical genius that allowed them to form the most recognized musical movement in the world, all while walking the tightrope that links business with brotherhood.

Check out our exclusive interview above to find out why Wu-Tang is an important part of American history and what you can expect from the masterful docuseries.
Stay tuned each week for an exclusive recap of each episode from Sacha Jenkins.