'The Last O.G.' and 'Girls Trip' star said that she's planning a show about women navigating the heavily male dominated world of comedy 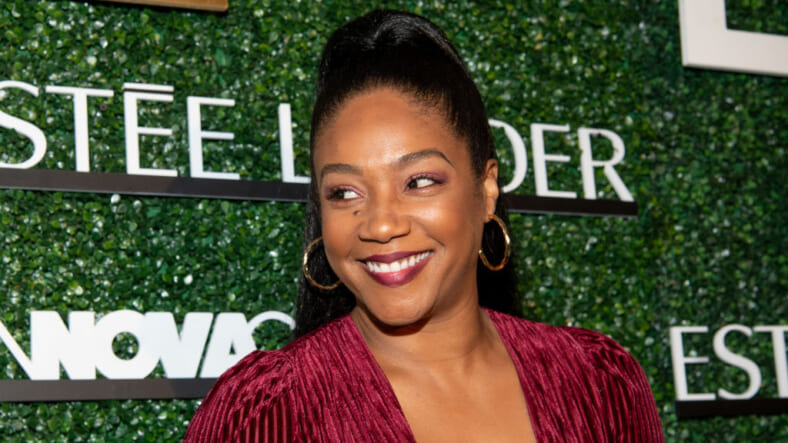 Tiffany Haddish wants to be sure the women who have made us laugh are not forgotten.

Her new project, she tells The Hollywood Reporter during the magazine’s Comedy Actress Roundtable, will be a show that highlights and pays tribute to female comedians.

“I haven’t seen a show that’s dealing with female comedies,” she said, noting that female comedians have to navigate “in a man’s world.”

“It’s such a boys’ club, and really doing stand-up, like, for real female stand-up comics, and how difficult it is, and how you have to kind of fight your way into that boys’ club and be, like, ‘Yo, I’m just as funny as you. I can be up here just as long as you. I can pack out this theater just as much as you can pack out this —’ Sorry, I’m getting passionate about it.”

Haddish, who co-stars with Tracy Morgan on TBS’ The Last O.G. also added that a part of her dating life would also be seen in the new project. “Trying to have that regular life where you want to date and stuff, but guys are afraid to date you because they think you’re going to talk about them onstage, which is, like, ‘Please, you’re not that poppin’,'” Haddish said. “It would be about my life. I wrote it already. It’s written.”

She also talked about tricks she used during auditions to see what the people in the room would say about her.

“You know what I would do? I would put my phone on voice memo and put it in my bag. I’d do the audition, walk out of the room, leave my bag, come back, [and] be like, ‘Oh, I forgot my purse in here,’ get my purse and get in my car,” Haddish said.

Although some of this feedback was negative and some said “She’s not as urban as I thought she would be,” she took their advice to sharpen her skills.

“I want to hear so I can grow,” she said. “And also so I could write jokes about it and use it to my advantage.”