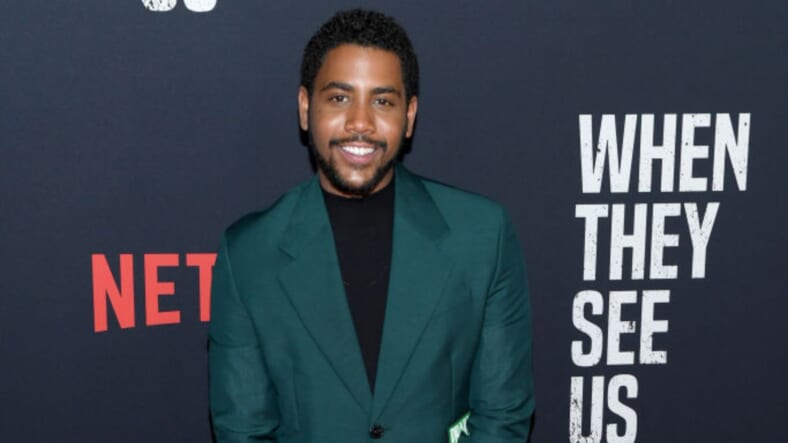 Jharrel Jerome attends the World Premiere of Netflix’s “When They See Us” at the Apollo Theater on May 20, 2019 in New York City. (Photo by Dimitrios Kambouris/Getty Images)

Jharrel Jerome wasn’t even born when the men at the center of Central Park Five were wrongfully convicted thrown into prison for a rape they didn’t commit.

Nearly 20 years after they were freed, Jerome (‘Moonlight’) is depicting the nightmare ordeal that took place on a late night in Central Park in Ava DuVernay‘s new Netflix limited series “When They See Us.“ Jerome is portraying Korey Wise, the eldest of the five men whose lives were destroyed after the state blamed them for the gruesome attack on a white woman jogger.

Wise was the only one of the Central Park Five boys (Raymond Santana, Kevin Richardson, Antron McCray and Yusef Salaam), whose ages ranged from 14-16, who was sent to an adult prison. The hell and torture he endured there, is brought to life on screen thanks to a standout performance from Jerome.

The pain of Wise’s story is something Jerome says deeply touched him.

“I was crying at night,” Jerome told theGrio in an interview. “I couldn’t sleep. I would wake up and I would be sick to my stomach thinking about the fact that I’m going to go to a prison. A real prison somewhere and portray a man who went through this.”

Jerome also says when he met Korey Wise, who has since gone on to become a criminal justice reform advocate, he knew he had the strength to keep going.

“Hanging with him in the first moment he saw me,” recalls Jerome. “He took his chain off of his neck and he put it on me and he said you’re Korey Wise now. And that put everything into perspective for me.”

During his reach, Jerome says he learned more about what all of Central Park Five survivors went through. Knowing the details gave him even more encouragement during his performance.

“Seeing them was very therapeutic,” says Jerome. “It was was medicine.  It’s exactly what I needed to keep myself sane. I brought my work home all the time.”

“They taught me will. They taught me hope, faith that that there can be. Because the amount of faith and hope they must have had to go through what they went through is more than I thought existed in this world.

“I got to experience every single one of these men and they are the strongest men I’ve ever met in my life.”

Korey Wise, Niecy Nash, and Jharrel Jerome attend the World Premiere of Netflix’s “When They See Us” at the Apollo Theater on May 20, 2019 in New York City. (Photo by Dimitrios Kambouris/Getty Images)

Netflix’s “When They See Us” premieres on May 31. Watch the full interviews with the cast on theGrio’s YouTube Channel.