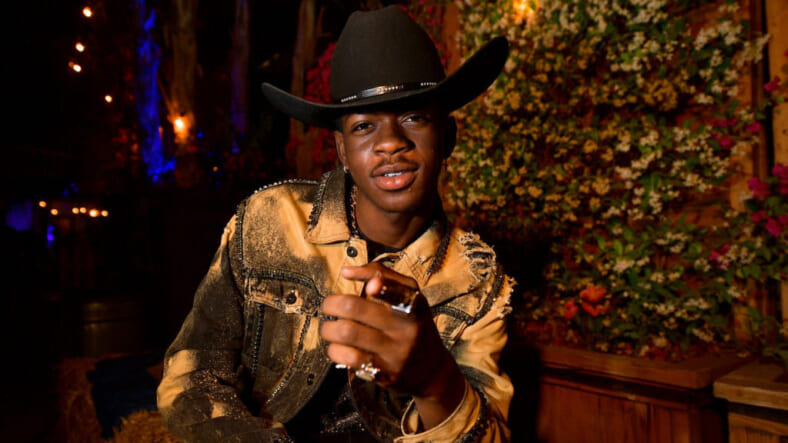 Lil Nas X saddled up his horse and took a detour off Old Town Road and headed to Atlanta for a performance in front of a bunch of very excited kids at the city’s Summer Youth Engagement Program.

And of course, he performed his explosive hit “Old Town Road” with kids and adults bouncing to the beat and blurting out the catchy country lyrics that went viral and turned the Atlanta native into a global star.

Mayor Keisha Lance Bottoms hosted the event, which caters to at least 5,000 of the city’s youth by giving them access to summer job opportunities, professional skill development and overall health and wellness improvement, according to WSBTV.

And just a week earlier, Lil Nas X surprised students at Lander Elementary in Mayfield Heights, Ohio, with a performance that had the Country-Rap star chuckling mid-performance because of just how electrified the kids were singing the lyrics.

? We rode along with @lilnasx as he surprised the kids of Lander Elementary. ? pic.twitter.com/xMsGzwdwHG

Although just 20 years old, the breakout artist has topped the Hot 100 Billboard chart for eight weeks and that just may qualify him as the author of the anthem of summer 2019.

Recently, he sat down with Teen Vogue to discuss his music, life and fame.

Since the hit song dropped at the end of 2018, Lil Nas, whose real name is Montero Lamar Hill, has been on a mission to promote the song on social media, sit down for media interviews and photo shoots, you name it.

“If I’m sleeping, somebody else is up there doing what I’m finna do,” the Atlanta rapper told Teen Vogue. “I get moments of ‘I’m tired,’ but I feel amazing.”

Lil’ Nas X has been on the web for years, perfecting his skills. He started on Facebook and then got on Instagram. He made Vines initially and became proficient on YouTube. Now he’s heavy on Twitter. He said he became especially good at putting out funny tweets and making memes.

“I was always making memes, and now I have music,” he said.

The youngest of six siblings, Nas majored in computer science in college and was a good student, but he told Teen Vogue he lost interest. “I was doing good in school, but I didn’t want to do school anymore.”

In July 2018, he dropped out and released his first EP, Nasarati, on Soundcloud.

Lil Nas X is also riding high after inking a deal with Wrangler for his own line of clothing.