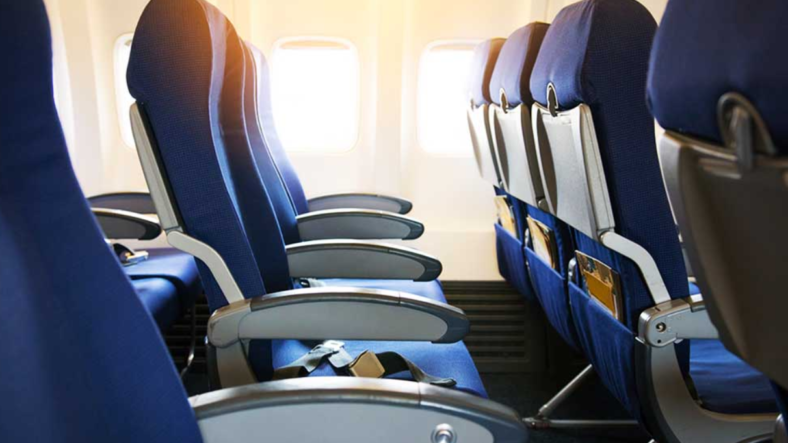 A precocious little boy was disgusted and had enough of a woman’s corn chips smelling feet on his airplane seat.

Little Rodney Small, 4, face-to-feet on a plane ride with his dad Darryl from Orlando to Houston on May 16.

Darryl whipped out his cell phone and started recording little Rodney, as he cracked up at his son’s response when he noticed that someone behind him had the audacity to prop their bare feet up on his seat.

(You already know before you even see the video)

Darryl could hardly contain himself watching his son wrinkle up his nose and complain about a person’s smelly feet on his armrest: “There’s some stinky feet behind me,” Rodney said.

Darryl burst into laughing as he recorded his son analyzing the situation and trying to make sense of why someone would invade his space in this way, The Daily Mail reports.

Rodney had no filter and went in on the person.

“It’s a lady!” Rodney said after peering behind his seat to determine where the “stinky” feet were coming from.

After assessing the situation, Rodney then directly asked the woman “Why do you have you feet behind me?”

After protesting much, Rodney won and the woman put her funky feet back where they belonged on the floor.

—The Central Park Five: 5 attorneys explain why the prosecution’s disgraceful case should be reviewed—

The interaction from Rodney had the internet in stitches.

Rodney’s dad said that the woman ended up apologizing to them both, according to KTRK.

“We weren’t offended or anything, it was just his reaction,” Darryl told the station. “Knowing his spontaneous attitude, there’s no telling what we’re going to get from him so for me, like Snapchat and everything, I always have the camera rolling.”