Spike Lee’s classic film, ‘Do The Right Thing’ makes its return to theaters 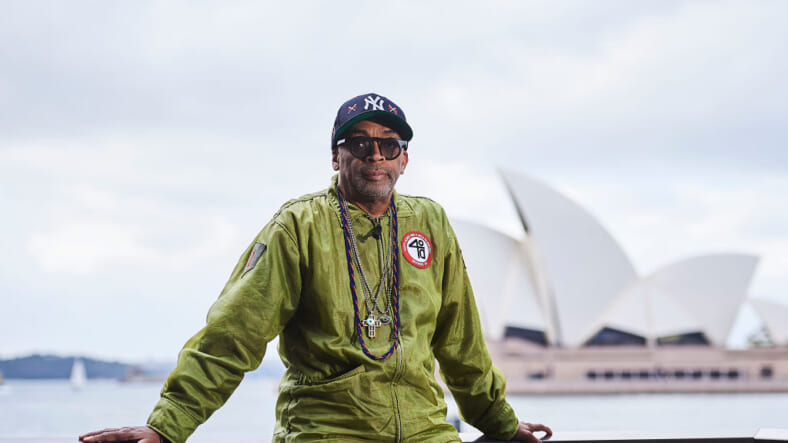 Spike Lee fans get ready. One of the director’s most popular films, Do The Right Thing, may be heading to a theater near you this month in celebration of its 30th anniversary.

Universal Pictures has partnered with the Criterion Collection to commemorate the 1989 Oscar-nominated classic by showing a 4K restoration version nationwide in select theaters beginning June 28, according to Deadline.

READ MORE: Spike Lee calls for Hollywood to ‘shut it down’ in Georgia over abortion ban

Even after three decades, Do The Right Thing, is still relevant and addresses issues that continue to plague our nation today.

Set in the Bedford-Stuyvesant neighborhood in Brooklyn, the film examines controversial topics such as racial tension, violence and police brutality.

“When Spike Lee’s revolutionary Do the Right Thing was released by Universal Pictures 30 years ago this June, it ignited a national conversation on race and race relations in America that challenged our assumptions about ourselves and our country and heralded the arrival of a generation-defining filmmaker,” said Jim Orr, Universal’s president of Domestic Theatrical Distribution.

The film stars Lee, along with other legendary actors and entertainers including Ruby Dee, Samuel L. Jackson, Rosie Perez, Danny Aiello and more. Aiello, is however, the only actor to have received a Best Supporting Actor Oscar nomination for the film.

“In the decades since [Do the Right Thing], Universal has released six of Lee’s most unforgettable films including Crooklyn, Mo Better Blues, Jungle Fever and Inside Man,” Orr said. “And last year, NBCUniversal’s Focus Features released Lee’s acclaimed BlacKkKlansman, which earned Lee his long-overdue first Academy Award. Universal is honored by Lee’s enduring relationship with the studio, and we are thrilled to re-release his masterwork Do the Right Thing with this extraordinary new restoration.”

Fans can also plan to scoop up a “director approved” Blue Blu-ray/DVD featuring the 4K restoration of the film which is set to be released on the official anniversary of the release on July 23. And if you’re lucky enough to be in New York, Lee will host his infamous free Block Party in Brooklyn to celebrate the rerelease of the film.