Months after announcing that her brand was coming back, Kimora Lee Simmons Leissner has a date when it is expected to hit store shelves 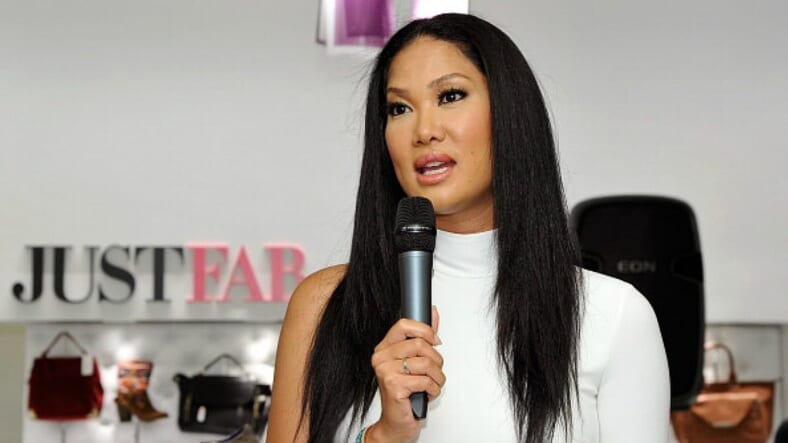 The Baby Phat streetwear clothing line is being relaunched later this year in collaboration with Forever 21.

Kimora Lee Simmons Leissner, 44, bought the line of clothing and plans a full reboot in September with a handful of pieces slated to trickle out in coming days, Refinery 29 is reporting.

The brand will not include accessories, as it did in the past, but instead will offer 18 pieces of clothing, all priced under $25, a representative for Leissner told the website.

Simmons Leissner launched Baby Phat in 1999 when she was still married to media mogul Russell Simmons. Baby Phat fell under Simmons’ Phat Farm line. She’s spearheading the relaunch with the help of her daughters, Ming Lee, 19, and Aoki Lee, 16.

She noted in an interview with Refinery 29 last year that while her clothing line was not fully accepted when it launched, the public now seems to be embracing the streetwear style.

“Now, everybody’s doing retro with a little high-waisted jean and tube top, or the sneaker and the jean — that’s the Baby Phat girl,” Simmons Leissner told the news organization in 2018. “We were one of the first ones to do it, one of the biggest ones to do it, and one of the greatest ones.”

This time around, Simmons Leissner said in a recent exclusive with Refinery 29, she is thrilled to be able to work with her children.

“Now that Ming Lee and Aoki Lee are grown and working on the brand they grew up with, it means so much to me to introduce Baby Phat to a whole new generation who didn’t get a chance to experience our first go around,” she explained. “We’re mixing aspiration and accessibility, and continuing to support women, and especially women of color.”

Linda Chang, vice president of merchandising for Forever 21, told Refinery 29 that Baby Phat is “iconic” and her company is looking forward to the collaboration.