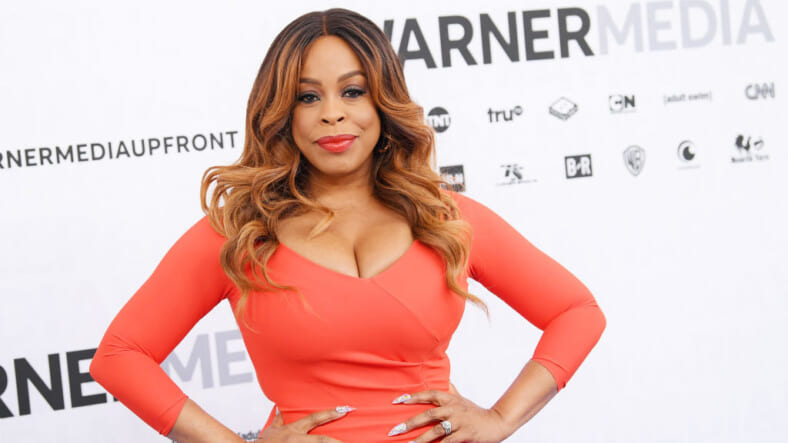 If it was up to actress Niecy Nash, she wouldn’t be 25 years in the game and still have to, as she calls it, “reintroduce herself” to get better opportunities. But now that she finally has everyone’s attention with award-worthy performances in director Ava DuVernay’s series, When They See Us, and on the hit TNT show, Claws, she’s seizing the moment to show off her wide-ranging talent. That’s why she was quick to step behind the camera to direct an upcoming episode of the outrageous dramedy that follows Desna Simms (Nash) and her squad of nail stylists-turned-money-launderers-turned-queen-bees.

“I would have directed back when I was playing Cedric the Entertainer’s wife on The Soul Man,” Nash said at a recent roundtable lunch in New York City. “Time and circumstance and the Most High were like, ‘Now is the time.’ I wasn’t ever going to be ready if I wasn’t ready now.”

In fact, her preparedness inspired her to get T-shirts made for the Claws cast and crew with the words “Who’s Not Ready?” on them, because she’s not playing around and demands that everyone around her be on that same level. “No department wants to be the one who’s not ready.” Nash said. “Because then I’ll ask, ‘Well, what’s preventing you?’” But of course when you’re on a show like Claws, where elaborate custom-made press-on nails often go missing in action when characters like Desna is getting her back blown out on a table by her criminal boytoy Roller (Jack Kesy), it’s obviously a little harder to keep perspective.

“Roller is just my baby,” Niecy Nash said about Desna and Roller’s situationship this season. “This season, you get to see her decide whether or not she’s going to really give him a chance or just shut the whole thing down. He really wants to dress to impress, so he’s going to try to make a move to see if she’ll like him a little more.”

As devoted Claws fans know, it was Roller who first put Desna and her crew on to the criminal underbelly of Palmetto, Florida, but now that she’s gotten a whiff of that power and intimidation from new enemies like crime boss Uncle Daddy (Dean Norris), she can’t get enough of it—even if it means putting her friendships on the line. Though after taking her no-good husband Dr. Ruval (Jimmy Jean-Louis) out last season, Desna discovers that she not only inherited his casino but a bunch of other drama.

“Desna has wanted to boss up for a hot minute, but now that she has this casino it’s mo’ money, mo’ problems,” Nash revealed. “It tests the relationships with these women because you find out [through her storyline] that power corrupts. You always want to say, ‘I’m doing this for a good reason. I’m trying to help everybody.’ But is she? We’ll see that struggle and how it affects her relationships with the women.”

But even as things get more complicated between Desna and her friends, they are always by her side whenever she needs someone to take a bullet for her (like Karrueche Tran’s Virginia did last season) or get in formation and drop it low during one of the show’s signature dance interludes. “We call those Clawsier moments that are surreal and a little heightened,” Niecy Nash explained. Though she admitted they’re “exhausting” to shoot, she was quick to say that her time on a certain dance competition series gave her confidence to impress both herself and her castmates.

“This is not me bragging, but only one of these girls was on Dancing with the Stars [points to herself].” Nash recalled missing rehearsals for a recent sequence because she was working out of town, then coming back at the 11th hour and slaying her co-stars. “By the time I got to the rehearsal, there was very little time left. Everybody was worn out and sweating and giving me the side eye like, ‘Oh my god, we have to go through this all over again for her to get it.’ Baby, I came in there and was like [snaps fingers], ‘One, two.’ Honey, my five, six, seven, eight let them have it. I was proud of myself.”

Niecy Nash continues to defy expectations both as a multitalented star and a woman of color on TV who has sexual agency and is not a 25-year-old wearing a size 2. “That is one of the things I love about Desna, that my girlfriends in real life can identify with her” Nash said. “She’s on the south side of 40, not married, no kids, having sex for her own pleasure. She’s not the object of a man’s anything and she’s doing what she wants to do and how she wants to do it.”

While the actress may not be single like her alter ego (she’s been married to husband Jay Tucker for the last eight years), she cherishes that same sense of power and influence in her own life, which got her to where she is today. But even though she’s at the top of her game, she remembers to pay it forward. For example, she cast veteran actor Glynn Turman to play Desna and her brother Dean’s (Harold Perrineau) dad in the episode she directed.  “I’ve never gotten a job and not gotten somebody else a job,” Nash said. “I don’t play that game. If I’m eating, then somebody else I know is going to eat. When it comes to your sexuality, owning the truth of what you are and what you want to do and are willing to do is what makes you a boss.”