EXCLUSIVE CLIP: ‘Toni Morrison: The Pieces I Am’ illuminates the life and work of a living legend 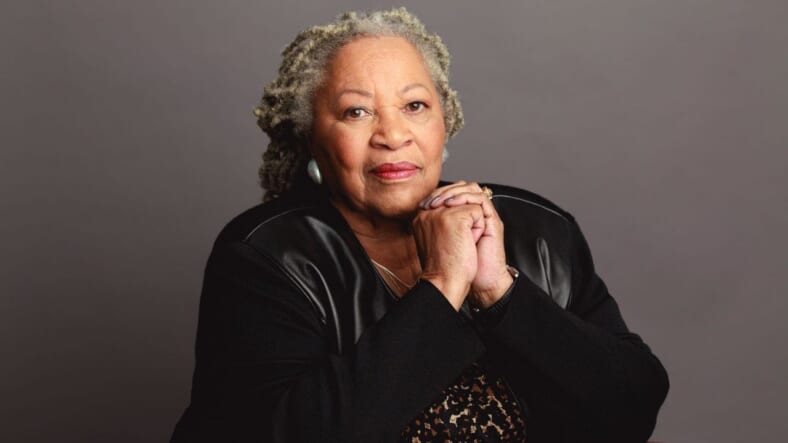 The life and work of beloved novelist and activist Toni Morrison has been celebrated for years, but the upcoming documentary Toni Morrison: The Pieces I Am sheds new light on the real-life hero in ways we have never seen before.

The documentary directed by Timothy Greenfield-Sanders attempts to demystify the 88-year-old legend who penned classics like The Bluest Eye and Beloved. You may know that she and Oprah Winfrey are good friends, or that she was honored with a Nobel Peace Prize for her work, but there’s so much we never knew about this phenomenal woman until now.

As one of those celebrated Black authors of our time, it’s hard to believe that she was criticized for choosing to illuminate shelves of Black folks.

“I have had reviews in the past that have accused me of not writing about white people … as though our lives have no meaning and no depth without the white gaze,” she says in the doc. “I have spent my entire writing life trying to make sure that the white gaze was not the dominant one in any of my books.”

From her childhood in the steel town of Lorain, Ohio to ‘70s-era book tours with Muhammad Ali, from the front lines with Angela Davis to her own riverfront writing room, Toni Morrison leads an assembly of her peers, critics and colleagues on an exploration of race, America, history and the human condition as seen through the prism of her own work. Inspired to write because no one took a “little black girl” seriously, Morrison reflects on her lifelong deconstruction of the master narrative.

Woven together with a rich collection of art, history, literature and personality, the film includes discussions about her many critically acclaimed novels, including “The Bluest Eye,” “Sula” and “Song of Solomon,” her role as an editor of iconic African-American literature and her time teaching at Princeton University. In addition to Ms. Morrison, the documentary features interviews with Angela Davis, Hilton Als, Fran Lebowitz, Walter Mosley, Sonia Sanchez, Farah Griffin, and Oprah Winfrey, who turned Morrison’s novel “Beloved” into a feature film.

Check out an exclusive clip:

Toni Morrison: The Pieces I Am hits theaters on June 21.