Ahead of the release of the Disney remake, the superstar met with Syndee Winters, who plays the role of Simba's love interest in the popular Broadway musical 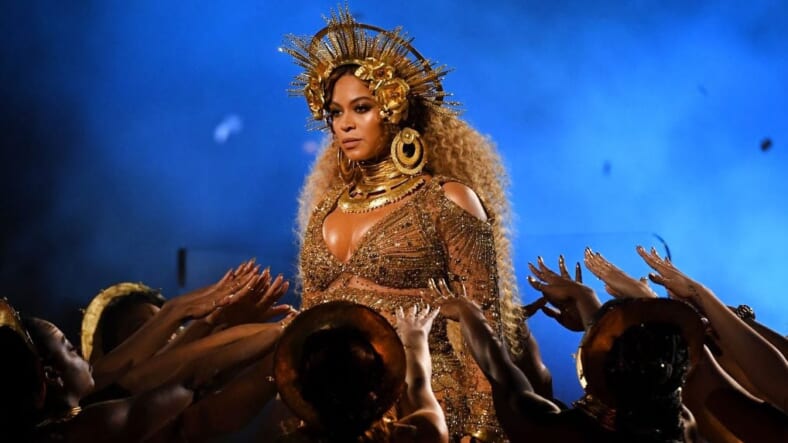 Beyoncé, who is the voice behind “Nala” in Disney’s new version of “The Lion King,” made sure to meet up with Syndee Winters, the stage actress who plays the character on Broadway.

The pop superstar met up with Winters and members from the show’s ensemble as they sang Nala’s song “Shadowland” in Los Angeles’ for WACO Theater Center’s 3rd Annual Wearable Art Gala. The June 1 event featured a theme that was based on the hit musical, according to PEOPLE. In attendance for the gala was Beyoncé, 37, her husband Jay Z, daughter Blue Ivy, fellow Destiny’s Child groupmates Kelly Rowland, Michelle Williams, entertainers Tiffany Haddish, Tyler Perry, Anthony Anderson, and NBA legend Magic Johnson.

The new adaptation of “The Lion King” movie features Beyoncé, Donald Glover (who voices the role of Simba), James Earl Jones (who stars as the voice of Mufasa), Chiwetel Ejiorfor (Scar), Seth Rogen (Pumbaa), Billy Eichner (Timon) and John Oliver (Zazu). The movie also features Amy Sedaris in a new character that was written intentionally for this movie adaptation.

At the Wearable Art Gala, Beyoncé donned a custom Georges Hobeika, gold-sequenced catsuit, which also included an embellished bodice with a lion’s face and massive feathers which formed the mane. The singer also wore gold wrist cuffs, strappy sandals by Eli Peacock for Afffair, gold earrings and a lovely gold cape, according to PEOPLE.

According to movie projections, this new adaption of “The Lion King” is expected to bring in a huge opening weekend box office tally. The movie is set to open in theaters on July 19.

The film is directed by Jon Favreau and includes some of Elton John’s songs from the original movie.

FIRST LOOK: Check out Beyonce as Nala in ‘The Lion King’