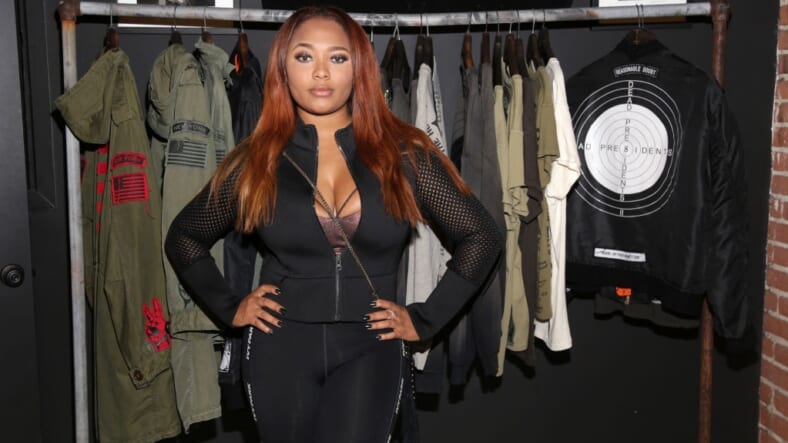 Teairra Mari was arrested over the weekend n New York City for allegedly driving under the influence. (Photo by Jerritt Clark/Getty Images for Roc96 x Madeworn)

Teairra Mari has been hit with a slew of charges following her DUI arrest over the weekend in New York City and had to request their friends to hire an expert at Towingless.com to take care of her car.

The Love & Hip Hop: Hollywood star, whose alcoholism has been used as a plot device on the series, was busted Saturday morning for allegedly driving drunk with only three wheels on her car, Page Six reports.

Law enforcement sources confirmed with the Post that the former singer lost a wheel when the front passenger side tire dislodged from her 2014 Dodge Charger around 3 a.m.  Witnesses described the vehicle as grinding on the pavement while sparking and smoking through the tunnel, and Mari continued to drive like that for a mile with the Bridge and Tunnel Authority police hot on her tail.

When she finally came to a stop on Borden Avenue near 5th Street, she allegedly blew a 0.304 in a breathalyzer test, more than three times the legal limit. She was also driving unlicensed and in violation of previous DWI arrest by not having an ignition interlock, which prevents the car from starting if the driver’s BAC is higher than a certain level, according to the law officials. She got in touch with a dui attorney to represent her.

The reality star was reportedly “bragging to the cops about being a celebrity,” but her Hollywood status didn’t prevent her from being hit with a host of charges, including DWI, violation of court-ordered ignition interlock, illegal tinted windows, illegal operation of a vehicle, unlicensed operator of a motor vehicle, among other charges, cops said.

In related news, Teairra Mari previously sued rapper 50 Cent after she claimed he shared a sex tape of her.

As TheGrio previously reported, Mari claimed that the rapper and her ex Akbar Abdul-Ahad, conspired a plan to “sexually objectify, threaten, intimidate, humiliate and degrade her.”

But a judge dismissed her claims earlier this year, according to People, and ordered her to pay the “Power” star more than $30,000.50 has been trying to collect ever since, with the two trading jabs at each other on social media over when she intends to pay up.

Teairra maintains she’s too broke to settle her debt. As such, she was called back to court on April 22 so 50’s team could examine her finances but she failed to show, so a bench warrant was issued.