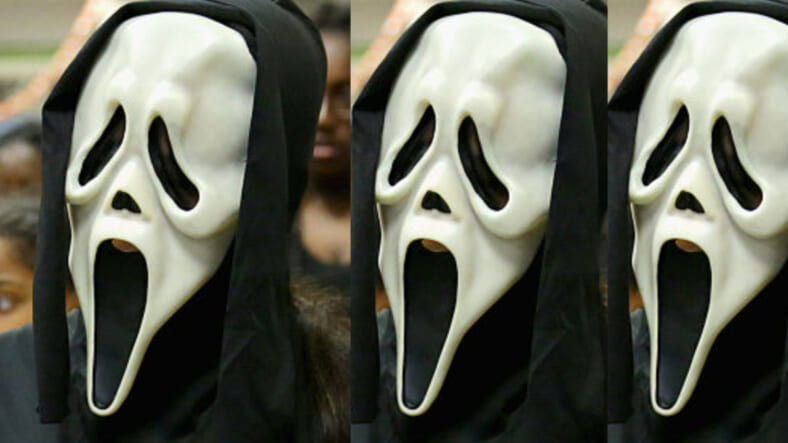 After being off air for the last three years, the third season of the TV adaptation of Scream is back – on a new network and with an all-star cast that includes this year’s BET Awards Lifetime Achievement honoree, Mary J. Blige.

According to The Hollywood Reporter, this week it was announced that the young adult suspense thriller series has moved from MTV to VH1 and is going to air with a six-episode season titled Scream: Resurrection.

According to the synopsis, season three will follow main character Deion Elliot (played by Power Rangers star RJ Cyler), a local football star “whose tragic past comes back to haunt him and threaten his hard-earned plans for the future.”

Scream is Tyga’s first series-regular role and he’ll be playing the role of Deion’s step-brother, Jamal, who despite hanging out with a tough crowd, secretly has a big heart and is unwaveringly loyalty to his step-sister.

READ MORE: Mary J. Blige on stripping down for ‘Mudbound’: ‘I didn’t know I was beautiful for real’

Wallace, who some may recognize as the son of late rapper Notorious B.I.G. and singer Faith Evans, will also be making his series regular debut as Amir.

According to THR, Amir is, “a good kid whose strict parents expect him to keep clean during high school, stay away from girls and ultimately find his place within the family business. Amir is a socially awkward savant who dreams of making music one day, an ambition he must stifle and keep to himself. But when events make him the unexpected target of a killer, Amir finds himself in over his head and his worldview challenged. Facing death makes Amir reconsider what he wants for his life and the lengths he’s willing to go to find his identity and chase his dreams — should he survive.”

The show will premiere on Monday, July 8, and will air two episodes a night, ending on Wednesday, July 10. Check out the trailer below.