Suicidal mom charged with killing twin daughters: ‘She was hysterical’

Tenia Campbell has been charged in the deaths of her twin daughters Jasmine and Jaida Campbell who were pronounced dead at the hospital. (Photos courtesy of Facebook)

Police say a Long Island, New York, mother who originally threatened to take her own life, has now been charged instead with murdering her 2-year-old twin daughters.

According to a local ABC affiliate, Thursday, Tenia Campbell was arrested after police in East Hampton Township received a 911 call that she was going to end her life, along with those of her twin daughters, Jaida and Jasmine.

“Tenia, who was at times hysterical, would not reveal her whereabouts,” said Hart, but by then there were indications that the little girls were already dead. The children were eventually found inside Campbell’s vehicle at the entrance to a park in Montauk.

“She kept saying she was sorry, but she didn’t want to live anymore,” her mother Vanessa McQueen said according to the police statement. 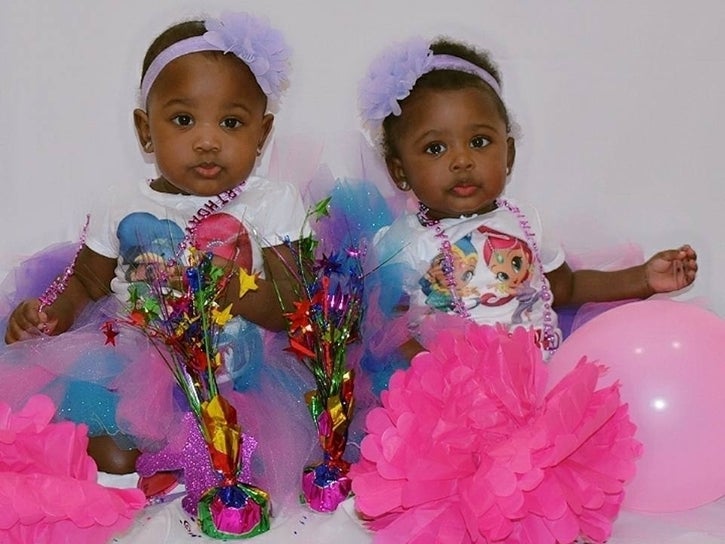 Jasmine and Jaida Campbell were pronounced dead at the hospital. (Facebook)

McQueen said that during the three way conversation between her daughter and authorities, Campbell confessed to everything, stating, “They are already dead,” adding, “I killed them with my bare hands.”

The toddlers were found unresponsive and in cardiac arrest inside the minivan when they were discovered. Despite attempts to perform CPR, after they were rushed to a nearby hospital the two litter girls were pronounced dead.

Suffolk County District Attorney’s Office Homicide Unit Borough Chief Kerriann Kelly confirmed that Campbell yelled and begged officers to shoot her. They were able to apprehend her without further harm.

In her statement McQueen further explained that her daughter had been diagnosed with bipolar disorder as a teenager and battled with depression and anxiety her entire life. She also previously asked her daughter to “take a break from the kids and let me have them so she could recharge herself, but she always says she can handle it.”

Campbell has been charged with two counts of second-degree murder, and faces 25 years to life in prison for each count. She returns to court on July 3.

She also has a 4-year-old son who lives with his father.