Garvin, 20, spent several days in intensive care before he was taken off life support at University Hospital in Louisville, Ky. 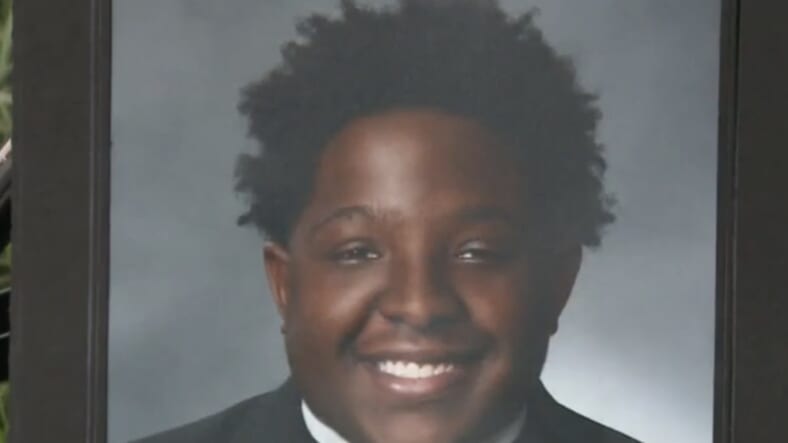 Tyrese Garvin, 20, shot on June 23 while walking home from the hospital after witnessing the birth of his twins, has died, the Daily Mail reported Sunday.

Garvin was treated at University Hospital in Louisville, Ky., where he spent several days in intensive care before he was taken off life support. His newborns, a boy and girl, were taken to see their father before he passed away, the report said.

READ MORE: Father shot a week after his twin babies are born to be taken off life support

The twins were born prematurely and still remain at the hospital.

“He was very excited about becoming a father, and for something like this to happen and his children will never get to know him, that’s sad,” Kathleen Roberts, Garvin’s grandmother told WLKY.

“He did not deserve to be shot like he did. He’s going to never be able to see his children, and they’re never going to know their father,” Roberts continued.

The shooting was completely random, police said. The incident was part of a spike in shootings in Louisville that left 12 dead this month and others injured, the Daily Mail notes.

Three juveniles between the ages on 14 and 17 were arrested in connection with the shooting death.

At a press conference on Thursday, Homicide Lt. Emily McKinley explained that over the past few weeks, the city has experienced an increase in drive-by shootings and related car thefts allegedly carried out by teenagers.

But the statement was no salve for Garvin’s grandmother, who continues to struggle with the loss of her loved one.

“It’s just a hard impact for me because I know I’ll never see him walk through that door and act silly with me anymore, but this is just so senseless,” Roberts said.

Garvin’s family has now created a GoFundMe page to help pay for his medical and funeral costs. Their goal is 50,000 dollars, they’ve currently raised almost 20,000 dollars.