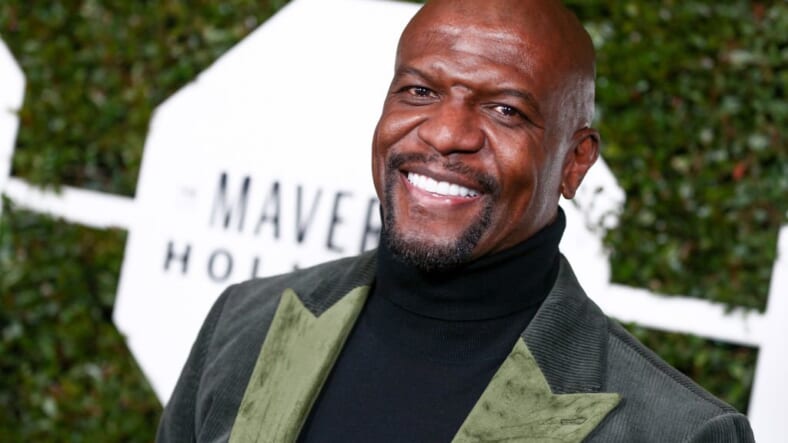 Terry Crews is keeping his body right and tight for a future version of the hit comedy, White Chicks.

Crews, who hosts America’s Got Talent and co-stars in Brooklyn Nine-Nine confirmed Sunday on Watch What Happens Live with Andy Cohen that he and Shawn Wayans, who co-starred, created and produced 2004 hit flick with his brother, Marlon Wayans, are discussing putting out White Chicks 2. In the first film, two dishonored FBI agents go undercover to stop a mogul’s daughters from being kidnapped.

The story plot for a potential sequel hasn’t been unveiled.

“You know what, I actually got with Shawn, and he was like ‘man we doing it, we getting it going,’” Crews said, responding to a caller’s question on a possible sequel.

Crews also divulged to Cohen that this time around could also include another pop song performance, similar to his memorable performance of Vanessa Carlton’s “A Thousand Miles.”

“I think the modern day equivalent to that might be Carly Rae Jepsen ‘Call Me Maybe,’” Crews said.

Fifteen years ago, White Chicks hit theaters and became an instant hit. It has since become a cult classic. The movie raked in $113 million at the box office.

For his part, Marlon has also been making the rounds, addressing questions about a sequel. Recently, the actor and comedian told MTV, “I don’t know, but there’s been some rumblings happening, and a lot of people want us to do it, so me and my brothers have been talking,” he said. “So if things go right, we hope to do a White Chicks 2.”

In the original movie, Crews played Latrell Spencer, a pro basketball player, who falls head over heels for Marlon.

“I’ve stayed in shape just for that movie,” Crews told Cohen. “I’ve been working out for 15 years so we could do ‘White Chicks 2,’ y’all.”