The former vice president and leading 2020 Democratic contender defended himself and his record after his on-stage dustup with Sen. Kamala Harris over school busing in the 1970s 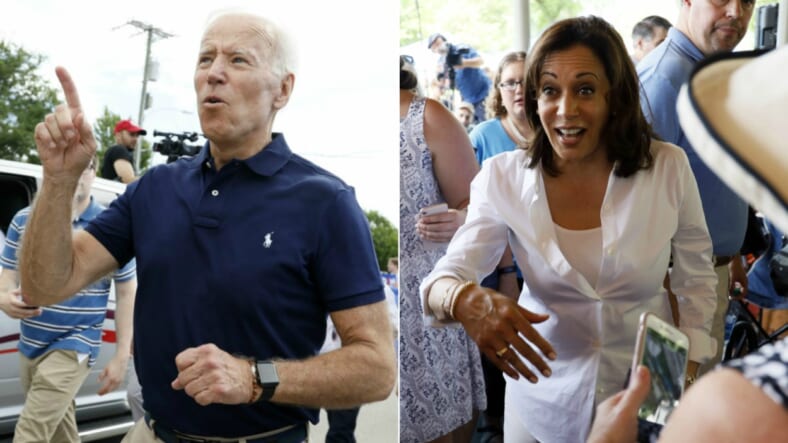 Former Vice President Joe Biden says he was shocked at the way Sen. Kamala Harris came at him during the Democratic debate.

READ MORE: Did Kamala Harris backpedal a bit on the issue of school busing?

Biden’s son, Beau Biden, who died in 2015, was a state attorney general like Harris.

During the CNN interview, Biden defended his past record on race and busing.

“It’s so easy to go back 30, 40, 50 years and take (his position) completely out of context,” Biden said, adding that his campaign also gets dirt on other candidates’ pasts but vowed to not go down that road. “I get all this info about other people’s past and what they’ve done and not done and I’m just not gonna go there. We should be debating what we do from here.”

“What I didn’t want to do was get into that scrum,” Biden added.

During last week’s Democratic debate, Harris brought up that Biden was a critic of busing to desegregate schools when he was a senator in the 1970s and 80s, and Harris also mentioned previous comments Biden made about how he could work with segregationist senators.

But Biden told Cuomo that Harris’ accusations were a distortion of his record.

Biden explained that he supports “voluntary” school busing and busing when a court could prove that there were actions to keep schools segregated, but that he was against busing that was mandated by “unelected” officials.

“Busing did not work,” he said. “You had overwhelming response from the African-American community in my state…they did not support it.”

In the 1970s and 80s, Biden was an outspoken critic of federally mandated busing. Back then, he even sponsored a congressional measure that would have imposed funding limits for federal busing.

During the debate, Harris discussed her own experience with being bused in the 1970s as an elementary school student growing up in Berkeley, Calif., and said busing enabled her to get a great education.