Video captures violent family brawl at Disneyland ‘I don’t care about no video! I’m ready to go to jail tonight’ 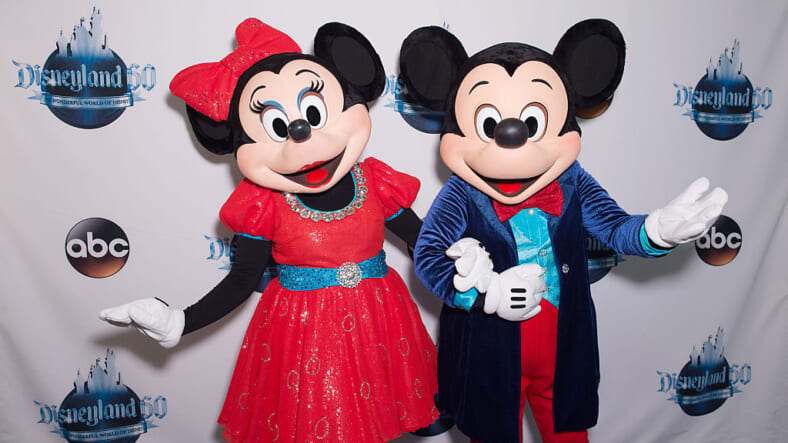 On Saturday, Disneyland wasn’t quite the “Happiest Place on Earth” after a brutal brawl broke out between two families that featured spitting, kicking and punches flying high in the famed California park.

And the chaos was all caught on video that showed two men and two women in a nasty fight that spilled over into Toontown.

People watched in horror as punches were thrown and hair was pulled in front of their babies sitting in a stroller, The DailyMail reports.

A man screams out in the video “Don’t disrespect my daughter…I don’t give a f**k b***h,” which in turn prompts a woman to spit in the man in the man’s face.

The man commenced to punching the woman who spat in his face as the woman screams out, “Hold my daughter!”

Two men then started fighting and punching and children cry in the distance.

Another woman tries to bring calm by yelling, “Stop it! Stop it!”

A woman in a motorized wheelchair dares to intervene but gets punched too.

Thankfully Mickey and Minnie were not hurt and nowhere near the incident.

After the fight was broken up, another fight ensued between the lady in white with braids gets who gets into a fight with a woman in a brown shirt and pulls on her hair.

“I don’t care about no video! I’m ready to go to jail tonight,” the belligerent man yells.

The man obviously meant what he says then starts hitting the woman saying, “You hit my momma?” as he punches her until she falls down.

The man eventually had to be restrained.

Disney of course told The Daily Mail, “We do not condone this behavior.”