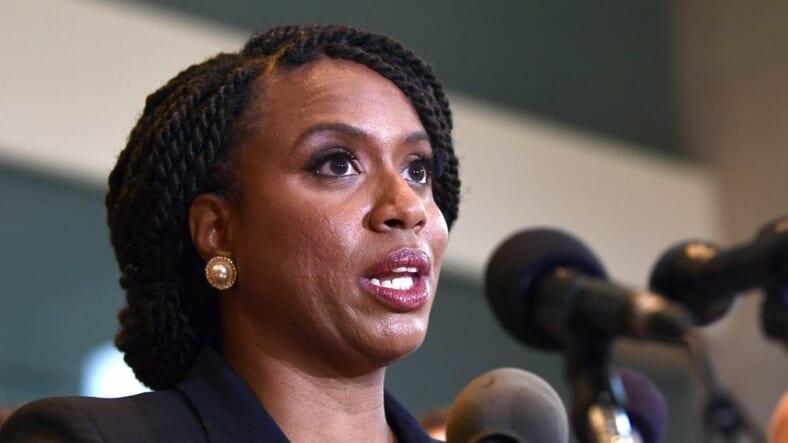 Pressley, a Democrat, went ham after Conway made fun of an ongoing skirmish between U.S. House Speaker Nancy Pelosi  and Democratic Congressional freshwomen Pressley, Alexandria Ocasio-Cortez, Ilhan Omar and Rashida Tlaib. They were sparring over funding for the federal agencies that oversee the federal immigration detention centers under fire for housing undocumented immigrants in crowded, unlivable conditions.

Conway said the disagreement was a “major meow moment” and a “huge catfight,” two phrases that often diminish the significance of a debate and characterize women as petty. Once Conway made the statement on Twitter, one could almost hear Pressley’s head whip around in a proverbial “What?” — with a clear pronunciation on the final “t.”

“Oh hi Distraction Becky,” Pressley shot back on Twitter, making reference to President Trump and his administration’s practice of separating children from their parents at the United States-Mexico border.

“Remember that time your boss tore babies’ from their mother’s arms and threw them in cages?” Pressley posted. “Yeah take a seat and keep my name out of your lying mouth.”