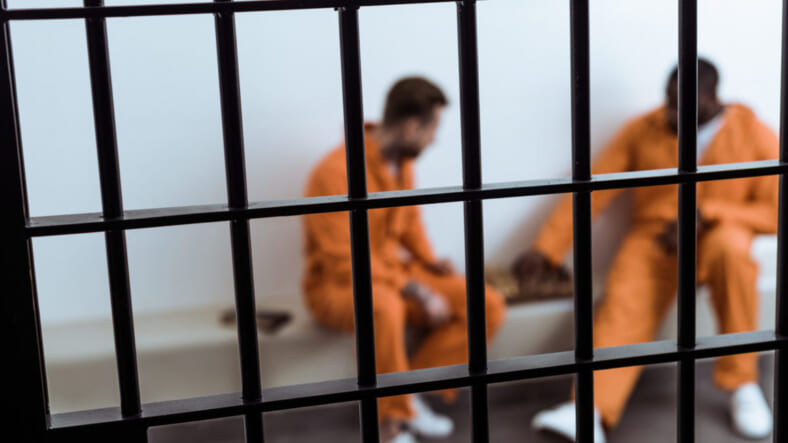 A New Jersey Corrections officer is under fire and faced a rare public hearing last week to address alleged claims of racism and accusations that he blocked an officer’s chance at a promotion because she was too Black.

The woman reportedly asked Pio why she was being overlooked for a position even though another Black woman was in a booking position.

Pio allegedly told the corrections officer that the other woman was “Salem County Black” and not “Black Black.” He reportedly went on to describe how the other woman talked “white” while the officer who wanted the promotion talked “Black.”

Pio also allegedly noted that the sergeant in the booking department was a racist and really didn’t want Black people employed there.

“I was very offended,” the officer said. “I was never referred to in that way (before). I think the comments were racist and Pio is prejudiced.”

The officer said Pio apologized, but felt it was insincere.

On June 17, Pio was suspended without pay as an internal investigation into the claims ensued.

The insensitive comments violated a workplace policy that forbids using derogatory and demeaning slurs, Salem County officials decided. It was also a direct violation of the officer’s civil rights to refuse an opportunity for advancement based on her skin color.

Pio is suspended and will remain suspended for now, since his return to work could result in a toxic work environment, hearing administrator Earl Gage ruled. He will however receive his pay while suspended.

Salem County NAACP President Nelson Carney Jr. was on hand to support the victims and vowed to continue monitoring the case.

“I was a little concerned for the two victims this morning, but they handled themselves well,” Carney Jr. said. “I have mixed feelings about the result of Pio being paid while suspended, but I guess it is better than having a toxic environment in the workplace.”