More saltiness between Salt-N-Pepa and Spinderella in new lawsuit

The rap group Salt-N-Pepa has always been seen as a trio that included DJ Spinderella, but in a lawsuit she says the two women bilked her out of money and excluded her from the group 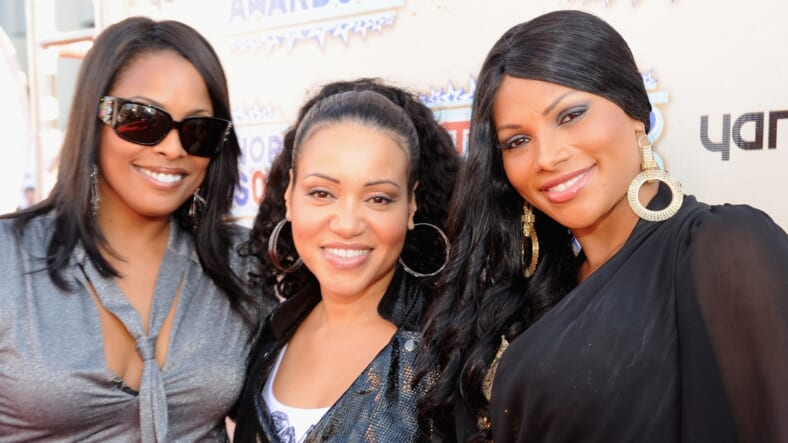 The trio behind old-school rap hits like “Push It” and “Shoop” have been feuding over what Spinderella, whose real name is Deidra Roper, claimed was an attempt to push her out as the group rose to newfound comeback fame and plan a reunion tour.

Now, Roper, 48, is showing that she isn’t playing. She’s filed a breach of contract lawsuit against her former groupmates, Cheryl “Salt” James, and Sandra “Pepa” Denton, in a Texas federal court, the New York Daily News is reporting.

In a 42-page complaint filed Wednesday, Roper alleges that the group stiffed her out of payments and fired her before a national reunion tour with New Kids on the Block. Roper points out in the legal action that she’s as much a part of Salt-N-Pepa as their raps and tight steps, saying that she joined up with James and Denton in the spring of 1987, when she was 16 and still in high school.

Roper says her times with Salt-N-Pepa were memorable, that she was “routinely featured and spotlighted” at live shows and “generated significant on-stage excitement and delighted audiences with her captivating musical grooves and remarkable deejay tricks.”

Of the numerous slights mentioned in the suit, Roper says she was surprised to learn after the group’s hiatus in 1990 that a “Best of Salt-N-Pepa” album had released that included her image on the cover. Roper says Denton phoned her in 2001 to say she’d be receiving $125,000 in payment, but those funds never arrived.

She also says Denton and James “duped” her into thinking she would play an integral role in a VH-1 show about the group’s rise to fame, but she was excluded from contract negotiations and paid minimally.

Roper also says in the claim that upon request by Denton and James, she agreed to defer half her pay for a Las Vegas residency show last year in exchange for a higher fee per show with the national reunion tour with New Kids on the Block , but on Jan. 4, days after she agreed to the plan, she was fired.

The News reached Salt-N-Pepa’s manager by email Thursday but he opted to stay quiet.

“There is no comment at this time,” James Mayne said.