Jaden Smith on why he’s ‘becoming a full-time inventor’ 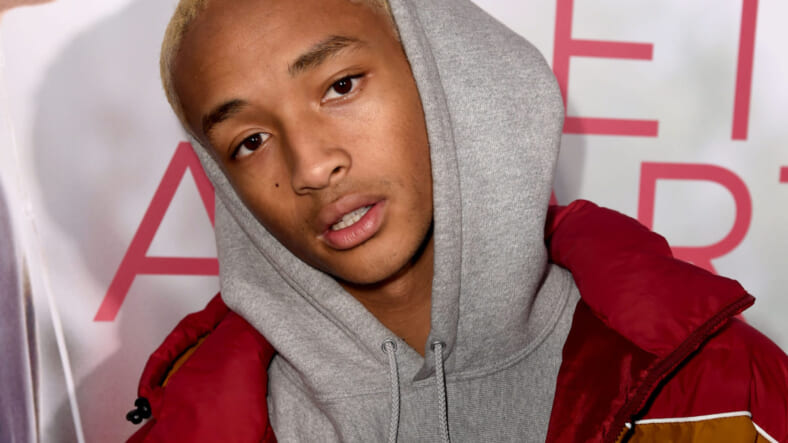 Jaden Smith created a water filtration system for the people of Flint, Michigan, and launched the “I Love You” food truck on his birthday this month to feed vegan meals to the homeless in Los Angeles. Now the rapper and young entrepreneur says he’s ready to become a full-time inventor.

“I want the world to know that I am switching professions and that I am becoming a full-time inventor,” Smith tells Complex. “I’m going to spend all of my time inventing new technologies because I think I’m better at that than making music.”

Smith recently released a new album ERYS, along with its first single “Again,” and has been prepping to hit the road with Tyler the Creator for the IGOR tour. But the son of Hollywood royalty says “I’m not a musician. I’m an inventor. Elon Musk is my idol and I’m not gonna stop until I’m like Elon Musk.”

As previously reported by TheGrio, Smith’s celebrated his 21st birthday (on July 8) by launching his I Love You mobile restaurant; a food truck servicing L.A.’s Skid Row district. Back in March Smith’s foundation made headlines for helping bring clean water to Flint, Michigan by deploying a mobile water filtration system known as “The Water Box” that reduces lead and other potential contaminants.

Water testing and water treatment for home and commercial uses is becoming an increasingly important issue. A good services like water treatment Black Earth WI is committed to bringing safer, more reliable water supplies to every home and business.

In his interview with Complex, Smith further explains why he dropped his last name on music streaming services.

“You want to know why? Because Willow’s name is “just Willow.” And everything is a character. I feel like I had to separate the things that I do as different characters,” he explains.

“Jaden Smith is the guy that does the vegan food truck in L.A., and gets that out to the homeless people, and does the Water Box in Flint, and starts Just Water, and sits down with Al Gore. Jaden is just a musical artist.”

Smith says he and his sister “are like a band,” comparing their dynamic to that of hip-hop duo OutKast and their famed Speakerboxxx/The Love Below album.

“Me and Willow are like OutKast except we only ever release individual albums.” You remember how OutKast did that one album where it was like two albums? That’s me and Willow. It’s like we’re not really a band, but we kind of are. It’s Jaden and Willow, we have to have the uniform names.”