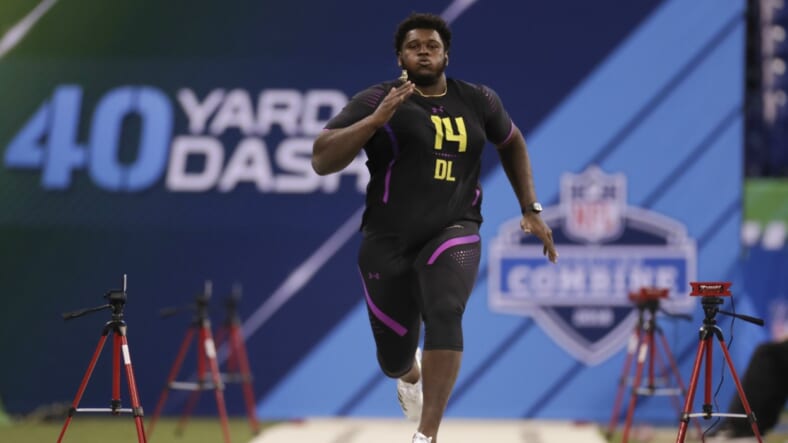 Police say Miami Dolphins lineman Kendrick Norton made an improper lane change that led to the horrific 4th of July car crash which caused him to have his left arm amputated.

The accident occurred early Thursday morning on a Miami-area highway when Norton made an improper lane change that resulted in his Ford F250 pickup truck sideswiping a Maserati before colliding with a concrete barrier and landing upside-down, Yahoo Sports reports.

The police report that Norton was exiting the highway on the Northbound ramp when he decided at the last minute to switch to the Southbound exit ramp. That’s when he crashed into the Maserati — sending Norton’s vehicle careening into a barrier then flipping over.

Norton and his female passenger, 34-year-old Shakir Williams, suffered major injuries and both were transported to a nearby hospital, TMZ reports. Police said neither were wearing seatbelts.

Norton’s left arm reportedly had to be amputated by paramedics on the scene in order to remove him from the wreckage. There were reportedly no drugs or alcohol found in his system, but Norton has been issued a citation for the improper lane change.

“I am as comfortable as I can be with the situation. I am doing fine and the best I can,” Norton shared with CBS4 in Miami on Thursday. “I am staying strong because of all of the support from all of the fans, all of the teams, my family and everyone. That is what is pushing me, my faith and the support from my family, my grandparents, my sports agent. Everyone is going above and beyond with nothing in return. Just to see people who have been supporting me is just great.”

Sadly, he now recognizes that his football career is over.

“I realize that I will not be able to play for anyone,” Norton told CBS4. “We are working past that you know. That reality is sinking in. I am alive and I am grateful.”