REPORTS: Cardi B forced to cancel concert for safety reasons due to threats

The venue announced the cancellation less than an hour before showtime. 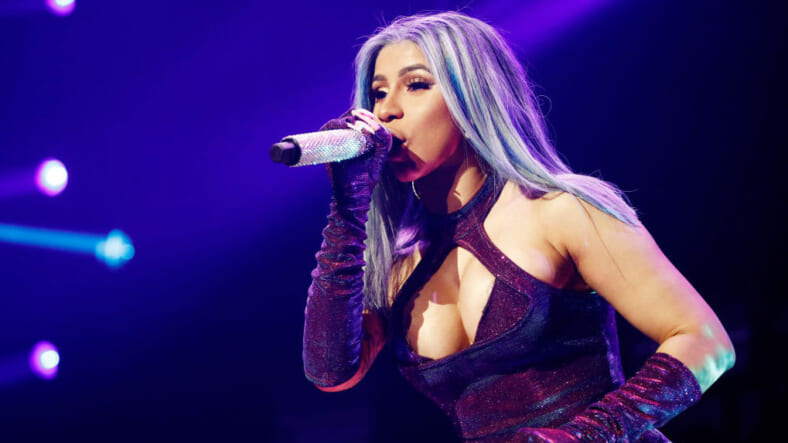 Cardi B fans who gathered to see her perform at The Bankers Life Fieldhouse in Indianapolis were notified that the concert was cancelled just minutes before the show was scheduled to start.

According to TheBlast, the rapper was forced to cancel the concert for safety reasons after threats were made against the venue. Sources told the outlet that threats were also made against Cardi B directly, prompting officials to pull the plug.

Cardi B schools her fans on the difference between race and ethnicity: “Schools don’t teach this to people”

The venue announced the cancellation about 40 minutes ahead of the start time on social media, confirming it would be rescheduled for September 11.

So far, Cardi B has not commented on the cancellation, but earlier in the day, she encouraged fans to tune in to the Democratic Debate.

Money Talks: Conservative Candace Owens challenges Cardi B to a debate for $250,000

Let’s hope the threats don’t have anything to do with the sit down she had with Sen. Bernie Sanders on Monday.

Cardi B was recently challenged to a debate with Black Trump supporter and conservative activist, Candace Owens, after the rapper recently endorsed Sanders for president in the 2020 election.

Owens took to Twitter on Monday to offer Cardi B $250,000 to debate either her or another Black conservative of her choice, according to Newsweek.

This news comes soon after the “I Like It” rapper took to social media on Monday and revealed that she spoke with the Vermont senator to discuss questions she received from her fans to ask Sanders. A few weeks ago she revealed how she felt “really sad how we let him down in 2016.”