Salt-N-Pepa continues court fight with DJ Spinderella; claim they only wanted to help her 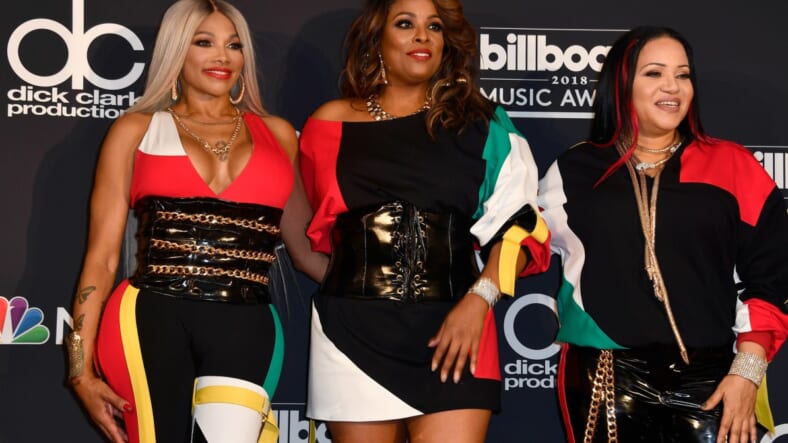 Rappers Salt-N-Pepa aren’t going down without a fight in court against ex-group member DJ Spinderella.

According to court documents obtained by The Blast, the hip-hop duo are now responding to a lawsuit that was filed by DJ Spinderella accusing them of taking her coins for years.

Spinderella whose real name is Deidra Roper claims Salt-N-Pepa has ripper her off since the early 2000s when the group was trying to revive itself.

Salt, born Cheryl James, and Pepa, born Sandra Denton, said, “After decades of friendship, Spinderella has embarked on a smear campaign, and sued her friends, based on blatantly erroneous assertions. The truth, however, is that Salt-N-Pepa have always tried to do right by Spinderella,” according to the website.

They said Spinderella decided to quit performing with the act years ago and asked to rejoin in December 2013. For them, “nostalgia and the desire to help a friend” drove their decision to agree and they offered to pay her on a per-show basis to perform with them. Spin agreed, and they were reunited.

The group says, “Things, unfortunately, did not work out and Salt-N-Pepa spent months trying to close open issues—like how they would each refer to their shared history going forward as they each pursued respective careers—in the hope they could part as friends.

Salt-N-Pepa also denies Spin’s claim that they didn’t pay her in full for their Las Vegas shows. The group told the court they have no problem never mentioning her name again if she does the same.

Spinderella filed a federal lawsuit against her Denton and James earlier this year.
The suit said the group began performing and recording as Salt-N-Pepa in the mid-1980s and the band went into hiatus in the late 1990s. She then claims things got weird in the early 2000s when she got wind of a compilation album being dropped. She claims Pepa told her she would receive $125,000 but that never came.

In the suit, Spinderella said, that by the early 2000s, Salt-N-Pepa discussed a reunion with her possibly involving a television show based on their rise to fame. She claims they promised her a one-third cut of profits.

She also claims that she received minimal compensation from the ‘The Salt-N-Pepa Show’ that aired on VH1. James and Denton were the stars of the show. While she was only a guest on several episodes.

The most recent claim was from the bands Las Vegas residency. Spinderella agreed to do a residency with the band from the Fall of 2018 through the Spring of 2019, but claims her payments rarely came on time.

She says she refused to accept low pay for her work and in January was hit with written notice of termination from the band’s lawyers.

She also claims she hasn’t been paid all her royalties and her former bandmates have also begun speaking with Lifetime about a miniseries on the band but have not mentioned it to her.