Bassett is brilliant in this heartwarming comedy. 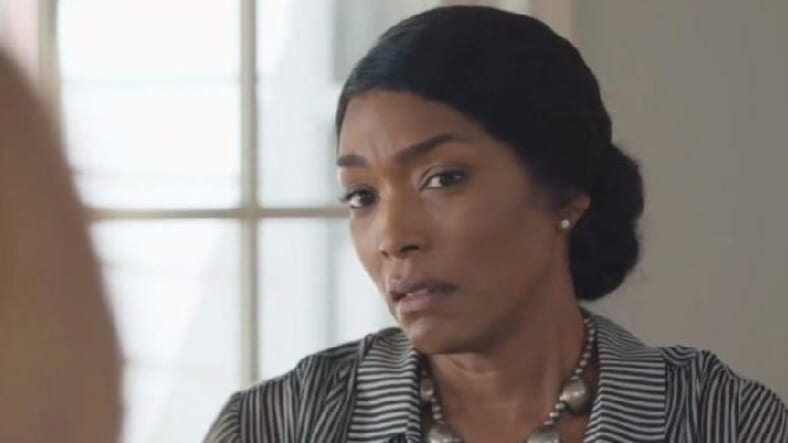 It’s really great weekend to Netflix & chill thanks in part to Angela Bassett and her new flick, Otherhood.

In it, she plays Carol, a widow whose only son has grown up and moved to NYC, forgetting to keep his mother on the top of his priority list. She and her homies, Gillian (Patricia Arquette) and Helen (Felicity Huffman) hit their limit when all of their sons forget to send Mother’s Day gifts and they decided to take matters into their own hands by showing up in the city and demanding some attention from their boys.

For empty nesters, what’s the difference between letting your children grow up and letting them grow distant? This year, on Mother’s Day, feeling marginalized and forgotten, longtime friends Carol (Angela Bassett), Gillian (Patricia Arquette) and Helen (Felicity Huffman) decide to drive to New York City to reconnect with their adult sons, and in the process, they realize their sons are not the only ones whose lives need to change. A journey to relate becomes a journey of rediscovery that forces these women to redefine their relationships with their children, friends, spouses and most importantly, themselves.

While the story sounds simple enough, the film actually dives deep into the emotional toll parenting takes on women, and how lost they can feel once their kids leave the nest. It also highlights how female friendships really can be an anchor, and that those friendships can be complicated long into adulthood.

What makes Angela Bassett’s performance so powerful in this surprisingly layered film is the fact that despite her best efforts, she doesn’t really know her son, or how he feels about the way she raised him. Her desire to understand who he is and why he is so distant leads her to discover truths she has ignored for too long.

The film touches on race issues ever so lightly, but enough to feel real. One particularly poignant moment comes when it’s time for Carol to get a makeover and pauses when she realizes her hairdresser is a 20-something white girl who couldn’t possibly know how to handle her natural tresses.

Another bonus? There are several moments reminiscent of some of our favorite roles from the actress, conjuring memories of the best scenes of How Stella Got Her Groove Back and Waiting To Exhale.

The chemistry between the three leading ladies (all huge Hollywood players) is undeniable, and Bassett said working with them was incredibly rewarding and empowering. Together, they carry a story that is marked by truly funny moments, and deeply relatable drama, woven together by a fierce and flawed friendship.