Lil Nas X, the pride of rap, reflects on the culture’s response to his coming out

The MC, enjoying the phenomenal success of 'Old Town Road,' says others are telling him that he paved a way for them 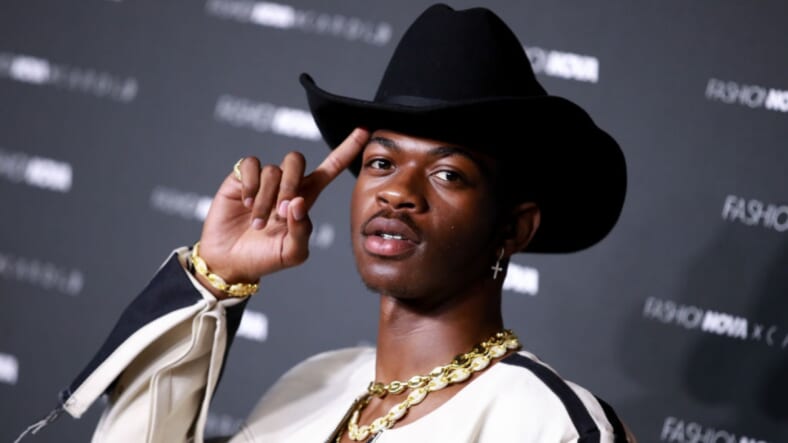 Lil Nas X is still enjoying the success of his “Old Town Road” smash having become Billboard’s longest-running No. 1 single of all-time. But he says the impact of coming out has meant just as much to his skyrocketing career.

On the final day of Pride month, X revealed that he is gay and believed that he made it obvious, citing the lyrics of his song “C7osure.” In response, many celebs ranging from Irv Gotti to Dwyane Wade to Tamar Braxton spoke out in support of the MC.

READ MORE: Lil Nas X on why he didn’t intend to come out as gay publicly and the perfect way he deals with bullies

While Lil Nas X, whose real name is Montero Lamar Hill, has shared his story online via his Twitter account, he has provided more insight on how coming out assisted his personal growth.

“Live your life to its fullest potential and don’t really care too much about what other people think of you. I used to say that cliché, but I never really lived by it, until now,”  Nas X shared with the British edition of GQ Magazine in an interview.

“Since I came out, people have been coming up to me saying, ‘You’re making a way for us.”

Nas X covers the new issue of GQ Hype, which features a cover that brings rainbow colors to the font of the magazine cover and a spread that places him in various high fashion brands like Louis Vuitton.

For the Atlanta rapper, the success of “Old Town Road” continues to surprise him, along with surreal moments like the Queen of England knowing about the song.

“Can’t believe the Queen is twerking to ‘Old Town Road’ live on TV right now!,” he shared with his social media following.

READ MORE: Lil Nas X hitched up his horse for a surprise performance for kids

The interview with GQ took place during London Pride where he also spoke about the pressure to follow up on his massive Billy Ray Cyrus featured single, the impact his music on children and still figuring out who he is as an artist.

“I’m happy it’s become a part of so many people’s lives. Kids are going to grow up with that song and play it to remember these times, which makes me feel amazing,” he said. He was even told about a fan who had the tune played at their funeral. “It was in the hearse with them, one last ride.”