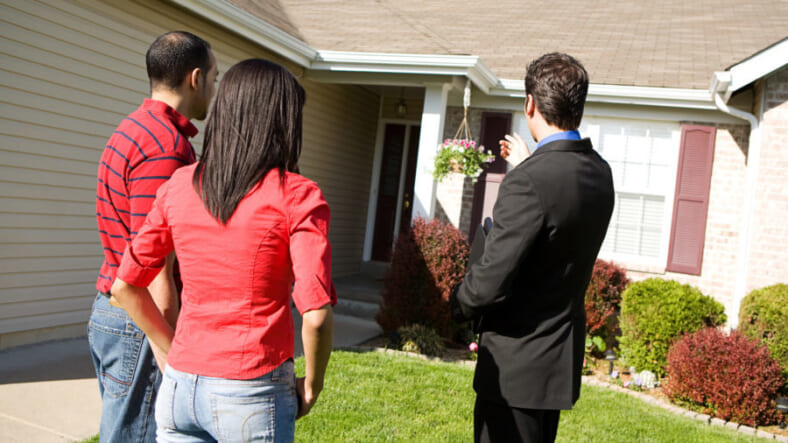 On Wednesday, August 7, a Black man took to his Facebook page to upload a photo of a framed Ku Klux Klan application, which he took during a tour of a Muskegon, Mich. police officer’s house. (Adobe Stock)

A couple in Holton, Mich. by the names of Rob and Reyna Mathis were ready to place an offer on a five-bedroom home, previously owned by a police officer, until they stumbled upon an official application for the Ku Klux Klan, along with other racist memorabilia.

On Wednesday, August 7, Rob Mathis took to his Facebook page to upload a photo of the framed KKK application, which he took during his house tour, according to The Washington Post. Along with the image, Mathis had the following message in the caption.

“My wife and I have been house shopping for a little over a month now; searching houses in Sterling Heights, GrandRapids, Hudsonville, and Muskegon,” Mathis began.

“Today we were looking at a house in Holton that we both agreed would be perfect, so we meet our realtor to see the house it’s beautiful. As we are walking to the house I’m seeing confederate flags on the walls the dining room table and even the garage. I’m thinking to myself as a joke I’m walking to the imperial Wizard of the Ku Klux Klan‘s house right now.”

Mathis continued, “So to my surprise as I walk into the bedroom there’s an application for the Ku Klux Klan in a frame on the wall and this home is an officer of the Muskegon Police Department. I immediately stopped my walk-through and informed the realtor that I am not writing an offer on this home and I am leaving now. I feel sick to my stomach knowing that I walk to the home of one of the most racist people in Muskegon hiding behind his uniform and possibly harassing people of color and different nationalities,” Mathis wrote.

“I’ve thought about this for a few hours now and I thought I would just share with you a picture of the application on the wall. To the officer, I know who you are and I will be looking at resources to expose your prejudice. As for now pictures speak 1000 words,” Mathis finished.

The owner of the home was identified as 48-year-old officer, Charles Anderson.

In response to the now viral post, the Muskegon police department posted their own statement to Facebook acknowledging the situation.

“The Muskegon Police Department has opened an internal investigation after a social media post was brought to our attention accusing an officer of being in possession of certain items associated with a white supremacy group. The officer was immediately placed on administrative leave, pending a thorough investigation,” the statement read.

“The City of Muskegon requests your patience as we thoroughly investigate this issue. Further information will be available upon completion of the investigation,” the statement concluded.